The BMW M Roadster has been the BMW Z4 M Roadster launched in late 2006. Called the M Roadster, it's powered by the same 3.2L, 8,000rpm, S54 inline-6 engine as the E46 series M3, delivering 330hp (slightly less than the E46 M3s 333hp due to the shorter exhaust system), through a new 6-speed "Type H" manual transmission. Engine management however is specific to the Z4M: the Siemens MSS70 with higher processing power (64 million calculations per second) than the MSS54 (25 million CPS) in the M3. Other performance parts borrowed from the M3 include the CSL's compound (aluminum hubs, stainless steel pins, cross drilled iron floating rotors) brakes and most of the M3's suspension components. Other changes include a hydraulic steering setup which provides better feel than the electric system in standard Z4 models. Weighing 3197 lb (1450 kg), the M Roadster has been tested by major U.S. car magazines to accelerate from Zero-60 mph in 4.7 seconds, which is slightly quicker than the Porsche Boxster S and Porsche Cayman S. Top speed is electronically limited to 155 mph (249 km/h).

A new six-speed manual transmission is used since the M3's original six-speed doesn't fit the Z4's chassis. The six speed is the only transmission available in the M Coupe/Roadster; its final gear ratios are virtually the same as those of the M3. It is reported on owner forums that the 6-speed gearbox in the 2006-2008 M roadsters and coupes is prone to grinding when shifting from 1st to 2nd gear at high rpm. According to reports, there has been mixed response by BMW dealerships to this issue, some owners claiming to have received entirely-new gearboxes and others claiming their dealer calls the grinding "normal". Varying shift technique, changing the gearbox fluid, and removal of the CDV (Clutch Delay Valve) are also reported to aid smooth shifting.

The M Roadster's MSRP is $52,100. A fixed-roof version (the M Coupe) is also available, though marginally heavier. Around the Top Gear test track, the BMW set a (wet track) time of 1:26.0 which is 0.8 of a second faster than the Base Corvette C6 LS2. 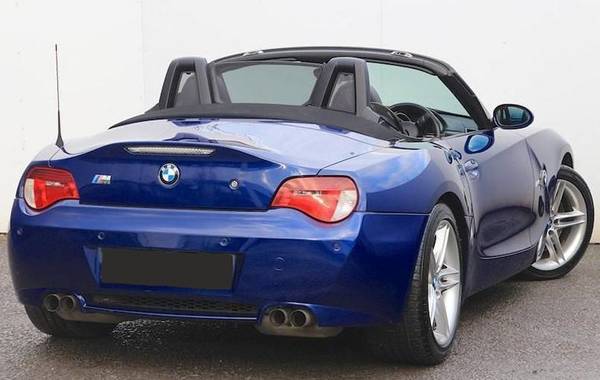