BMW E89 is the chassis code of the second generation of BMW Z4. It now has a retractable hardtop like the Mercedes SLK replacing the previous coupé and roadster (soft-top convertible) versions for the 2009 model year.

The new model was officially announced on 13 December 2008. The vehicle was unveiled in 2009 North American International Auto Show in Detroit.

In the Z4 sDrive35i, the new 7-speed double-clutch gearbox is standard. In the 28i and 30i a six-speed sports automatic transmission with Steptronic is available and a 6-speed manual transmission is either standard or a no-cost option.

All BMW Z4 have as standard safety equipment: ABS including emergency brake assist and CBC, pretensioner and belt load limiter, and ESP with ASR. Furthermore, they are equipped with four airbags (driver/front seat passengers and two side airbags). The dynamic stop light feature has two stages, indicating how strongly the brakes are being applied. For normal braking, the main light element blinks, as well as blinking just before the vehicle comes to a standstill. Finally, two roll-over bars behind the seats and a reinforced windscreen protect occupants in case of roll-over.

Since the new Z4 now has a retractable hardtop, it no longer comes in separate roadster and coupé versions. The two-piece, electro-hydraulic retractable hardtop, featuring a lightweight aluminium shell, can be folded up or down in 20 seconds automatically. Roof down, boot capacity is 180 liters (roof up: 310 l).

Differences from the previous generation

The E89 is not produced, as its predecessor, in the Spartanburg, South Carolina manufacturing facility, but in Regensburg. It is also the first BMW roadster to use iDrive.

In March 2013 new LED headlights as well as modified back lights and indicators were introduced. Additionally, a new engine in the Z4 sDrive18i is now available. Also added were two interior trim packages "Design Pure Balance" and "Design Pure Traction", which can be combined with the M Sport Package. The theme- and color-balanced interior packages each include new trim and upholstery. In addition, the enclosure of the "Control Panel" has been replaced by a higher-quality material and feel and audible feedback of a few buttons and switches were upgraded in quality. Besides the option to order the hardtop in contrasting color to the body (black or silver), BMW has offered "Valencia Orange Metallic" paint for the Z4 since March 2013.

In late 2012, BMW Motorsport set out to replace the successful M3 GT/GT2, a car which brought BMW two team and manufacturers' championships (2010 & 2011), one drivers championship (2011), back to back Sebring 12 Hour GT class wins in 2011 and 2012 in the American Le Mans Series, as well as numerous victories in the then Intercontinental Le Mans Cup (now the World Endurance Championship) in Europe. BMW turned to the successful Z4 GT3 platform to develop a LM GTE specification race car for the ALMS, and any GTE class series. The Z4 GTE uses the Z4 body, and same 4.4 litre V8 engine as the GT3 car. The drivetrain and gearbox are much the same in the two different types of Z4. The engine in the GT3 version produces around 500 horsepower, likewise in the GTE version, but the RPM limits are 9000, and 7500, respectively. Most of the differences between the two automobiles are in aerodynamics. The GT3 car has much more sophisticated aero, with a set of winglets on the front fenders to provide additional downforce. Both cars share a front splitter, while the GTE has slight modifications on the side edges to condition the airflow around the front wheels. The GT3 version also has a double deck rear wing, with the GTE car having a single deck wing. The rear diffuser is also less aggressive in the GTE car; it also has much wider bodywork in the rear of the car, with heavily modified aero around the wheel arches, front, and specifically rear, compared to the GT3.

The car was debuted at the 2013 12 Hours of Sebring by BMW Team Rahal Letterman Lanigan Racing running competitively despite being a new car. Leading the GTE class at times, both Z4 GTE's encountered suspension problems with three hours to go, and went 3-5 laps down from the class leaders. The cars also showed exceptional handling, but a slight lack in straight line speed as a result. The 2013 Long Beach Grand Prix proved to be the first win for the car, with the #55 Z4 GTE driven by Bill Auberlen and Maxime Martin driving a fine race, bringing home a 1-2 finish for BMW. A second win for the #56 car of John Edwards and Dirk Muller from pole position at Lime Rock Park proved the pace of the car.

The Z4 GTE will feature in the GTLM class of the Tudor United SportsCar Championship - a merger of the ALMS and Grand-Am, debuting at the 2014 Rolex 24 Hours of Daytona in January.

An FIA GT3-specification car available to private teams. While the production version of the BMW Z4 has a six-cylinder engine, the GT3 car is powered by a 4.4-litre eight-cylinder engine derived from the BMW M3 GTS, which produces approx. 515 PS (379 kW; 508 bhp). The weight of the BMW Z4 GT3 is approx. 1,190 kilograms (2,624 lb). In its first year of racing, the car proved competitive in the FIA GT3 European Championship as well as not only emerging victorious from the Dubai 24 Hour endurance event, but also heading to second place from a low 49th position at the 2011 24 Hours of Spa-Francorchamps event by the Need For Speed Team Schubert.

Nobuteru Taniguchi and Taku Bamba were the champions of the GT300 class in the 2011 Super GT season.

This was a concept vehicle commemorating 75th anniversary of BMW 328. It included exterior and interior parts made of carbon fibre reinforced plastic (CFRP); leather, matt and high-gloss black polished aluminium as well as the CFRP interior; asymmetrically designed windscreen with a recess in the middle, four wide leather straps run across the bonnet, two-part light alloy wheels with black aluminium rim and black chrome butterfly nut bearing the BMW emblem.

The vehicle was unveiled in 2011 Rolex Monterey Motorsports Reunion and later in 2011 Pebble Beach Concours d'Elegance.

The BMW Zagato Roadster is a one-off concept car made by Zagato in collaboration with BMW. It was introduced at the Pebble Beach Concours d'Elegance on 19 August 2012. It reportedly took six weeks to make. Karl Baumer, head of BMW Group Classic, stated at the debut that it "might be produced, if we get enough deposits." 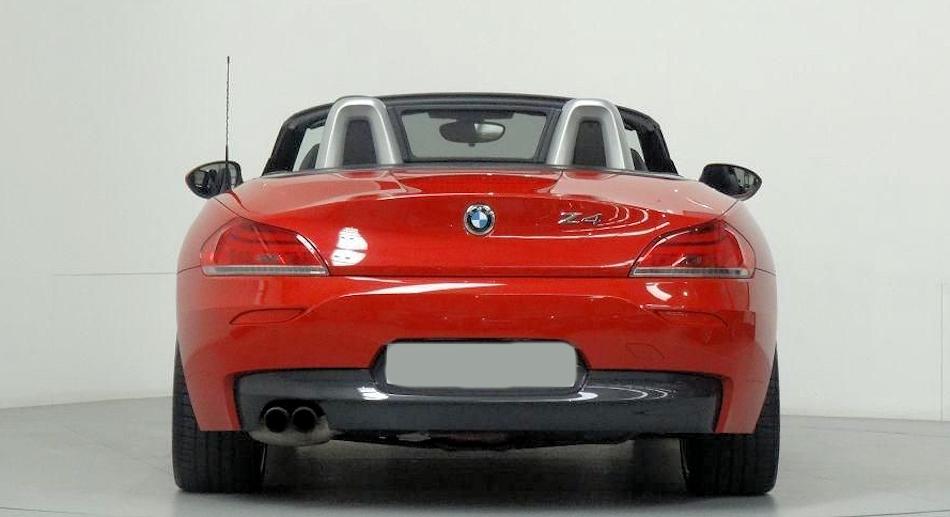