The BMW F06/F12/F13 6 Series is a grand tourer/executive coupe automobile manufactured by BMW. BMW unveiled information and pictures in September 2010 of the Concept 6 Series, which was introduced at the 2010 Paris Motor Show.

The third generation BMW F13 (coupé) and F12 (convertible) were released for the 2012 model year at the 2011 Shanghai Auto Show and New York Auto Show.

BMW revealed the 6-Series Convertible on 18 November 2010. The folding top is still cloth as compared to the E93 3 Series convertible which is equipped with a metal roof. On 13 March 2011, BMW released pictures and details about the Coupe.

The new 6 Series convertible is outselling the outgoing Mercedes-Benz SL 25 to 1.

For the 2014 model year, the 6-series received a light facelift and updated engines.

In Europe, the 6 Series is available only with an 8-speed automatic gearbox 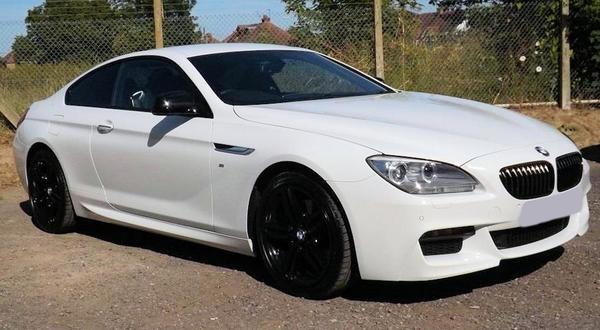 The Gran Coupé (F06) is the fruition of the BMW CS Concept, a vehicle that was intended to slot at the top of BMW's lineup alongside the 7-Series flagship sedan. The CS Concept never made it to production due to the worsening economy in 2008, which also saw the retirement of BMW M development executive Gerhard Richter. The Gran Coupe has often been compared with the Audi A7 and Mercedes-Benz CLS-Class in the four-door executive coupé market. However, the Gran Coupe is larger and more expensive than the CLS and A7 and is priced close to the Porsche Panamera. Pricing for the BMW 640i Gran Coupe is slightly higher than the BMW 740i, with the Gran Coupe positioned as a more stylish alternative to the conservative 7 Series.

Before the Gran Coupe, the closest rivals to the Audi A7 and Mercedes-Benz CLS in BMW's current lineup was the BMW 5 Series Gran Turismo (F07) (2010–present), which combines four doors with coupe-like features such as frame-less doors and a sloping rear roof. The 5 Series GT, positioned more for utility with its bi-modal trunk/hatchback, was criticized for its aesthetics in comparison to its sleeker rivals and did not sell as well as BMW executives had expected.

The Gran Coupé shares the front and rear fascias with the other 6 Series body styles. Compared to the two door 6 Series Coupé, the Gran Coupé's wheelbase is longer by stretched 4.5 inches (the wheelbase is the same as the F10 BMW 5 Series) while the body is 4.4 inches longer. This makes the Gran Coupé longer (by 4.0 inches) and wider (by 1.3 inches) than the BMW 5 Series sedan (F10). The extra length, compared to the two-door 6 Series, gives the Gran Coupé a 4+1 seating arrangement, as the rear has two fullsize outboard seats and a middle seat for occasional passengers. The Gran Coupe has a different center console though its dashboard is shared with the Coupé and Cabriolet. Compared to the short-wheelbase BMW 7 Series (F01), the Gran Coupé has similar rear passenger space dimensions while having a larger trunk (14 cubic feet versus 16.2 cubic feet). 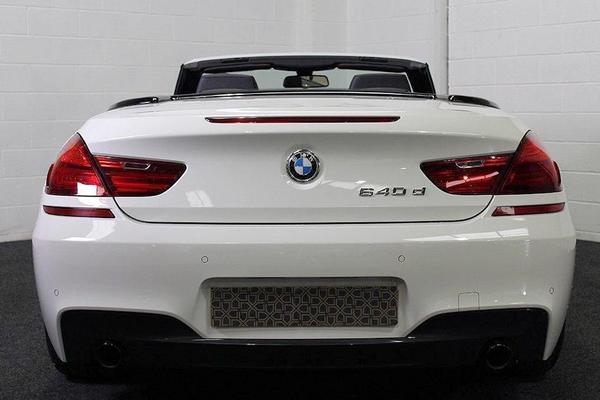