In 1965, BMW ended production of their Bertone-bodied 3200 CS coupé, the last of their line of V8 powered luxury cars from the 1950s. BMW decided to continue with a coachbuilt coupé, which they would use to introduce the two litre version of the M10 engine. The New Class coupé was built by Karmann and released in the summer of 1965. The styling of the coupé was based on that of the 3200 CS, but had unique front end styling that has been described on one hand as "a blunt, unattractive front end", and on another as "imposing" and "rather tidier than the Bertone body's fussy nose." 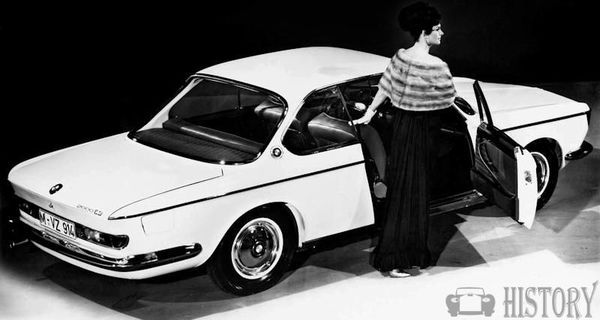