The BMW Z3 was the first modern mass-market roadster produced by BMW, as well as the first new BMW model assembled in the United States. The Z in Z3 originally stood for Zukunft (German for future). The Z3 was introduced via video press release by BMW North America on June 12, 1995, as a 1996 model year vehicle.

There were a few variants of the car before its production run ended in 2002, including a coupé version for 1999. It was manufactured and assembled in Greer, South Carolina. The Z3 was replaced by the BMW Z4 introduced in late 2002 at the Paris Auto Show. The BMW Z Series are a line of roadsters considered to be successor to the BMW 507 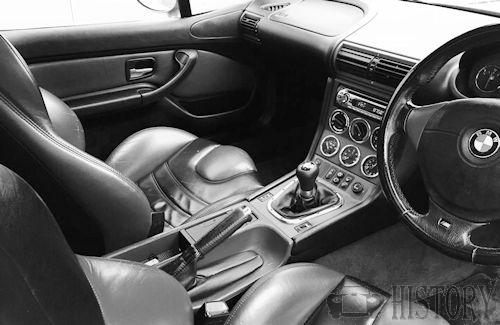 The Z3 was designed by Joji Nagashima of the BMW design team into 1993 and developed from the E36 platform of the 3 Series The resulting platform is sometimes referred to as the E36/7 (roadster) or E36/8 (coupé). The rear semi-trailing arm suspension from the E30 was used rather than the more sophisticated multilink suspension from the E36. At first, only the 1.9 L M44B19 straight-4 engine was offered, but its 138 hp (103 kW) was not up to buyers' expectations. Interior appointments too were not up to the standard of other BMW models, and the plastic rear window looked poor compared to the glass unit found on the much less expensive Mazda MX5 (Miata). Design patents were filed on April 2, 1994 in Germany and in September 27, 1994 in the US.

There have been V8 engines fitted into the Z3 by German tuning companies AC Schnitzer (4.4L in roadster version, no series production) and Hartge (5.0L in Coupé version, titled Hartge Z3 MQP V8).

In addition to the roadster version of the Z3, BMW also released a coupé featuring a chassis-stiffening rear hatch area, though the Shooting-brake styling this gave was controversial. The coupé was available as the Z3 Coupé or as the BMW Motorsport-enhanced M Coupé from 1999 to 2002. 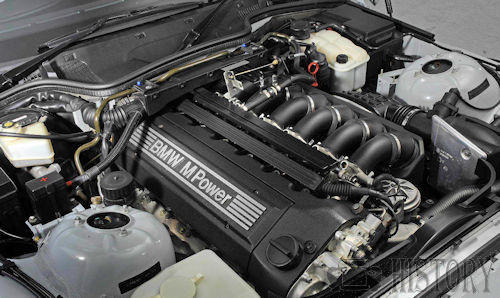 From 1998 to 2002, the Motorsports division of BMW produced the M Roadster which included suspension upgrades and the engine from the BMW M3. The international 1998, 1999 and 2000 M roadster had the 3.2L S50 engine from the E36 M3 with quad exhausts. The North American models for this time frame had the less powerful S52 engine. The 2001 and 2002 models all had the S54 engine from the E46 M3. There were also interior upgrades with additional gauges in the center console, illuminated "M" shift knob, various chrome bits throughout the cockpit and sport seats as standard equipment. Exterior changes were larger wheels spaced further apart and more aggressive fenders than were installed on the regular Z3. Hardtops were available as an option. The BMW M Coupé and M Roadster were succeeded by the BMW Z4 M. 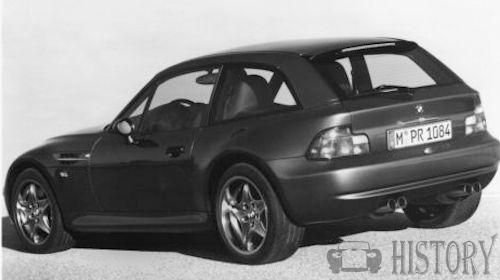