The TI/Compact was redesigned in 2000 as part of the E46 line. Build and quality of finish was much-improved over that of the E36 Compact. Despite this, the E46 Compact was not as successfulas its predecessor. The E46 Compact was never marketed in North America, leaving its sole direct competitor in the class, the latecomer W203 Mercedes-Benz CLC-Class, to be the lone choice in the segment. The Mercedes, like the E36 Compact, also never enjoyed popularity in North America. 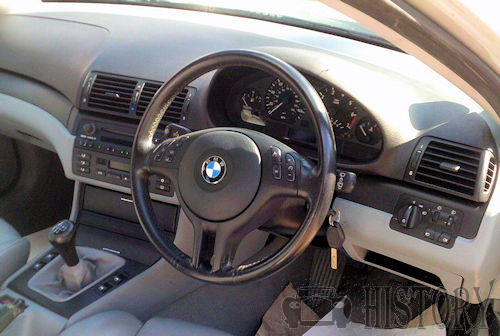 The E46 Compact does not feature styling similar to the rest of E46 cars. Most notably, the headlight assembly on the Compact models differ greatly from either coupe, sedan/touring models.

The TI/Compact is mechanically identical to the E46-series saloon, estate, coupe and convertible - in a package eight inches shorter.

The steering was also sharpened, offering a quicker rack than any other 3 Series model

In 2004, the TI/Compact was effectively replaced by the BMW 1 Series however the 1-Series did not appear in North America until 2008.

A Motorsport version of the car was briefly considered by BMW but it was concluded that such a production run would never return adequate profits. Despite this, the 16-valve versions 318ti compact and the various versions of the 318is (as 2 or 4-door E36, or as 2-door E30) won overall championships in the German endurance racing series on the Nürburgring, VLN in 2002, 2004 & 2006 and RCN/CHC in 2003, as its class ("V2 standard cars up to 1850 cc") usually has the most entries due to the low costs, and thus slightly more points are rewarded according to the special scoring system. Yet, it was beaten to both the VLN and the RCN/CHC title by 1800 cc Opel Corsa once (VLN 2003, RCN/CHC 2005). 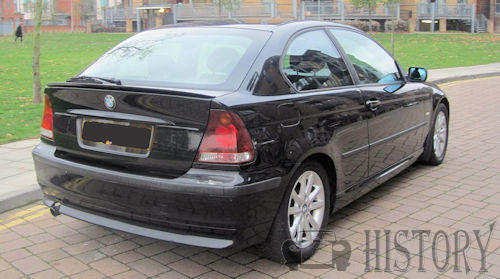