The first BMW M5, based on the E28 5 Series, made its debut at Amsterdam Motor Show in February 1984. It was the product of demand for an automobile with the carrying capacity of a saloon (sedan), but the overall performance of a sports car. It utilized the 535i chassis and an evolution of the engine from the BMW M1. At its launch, the E28 M5 was the fastest production sedan in the world.

The first generation M5 was hand-built in Preußenstrasse/Munich prior to the 1986 Motorsport factory summer vacation. Thereafter, M5 production was moved to Daimlerstraße in Garching where the remainder were built by hand. Production of the M5 continued until November 1988, well after production of the E28 chassis ended in Germany in December 1987. This continued production would eventually lead to a class action lawsuit that was settled with vouchers being given to car owners. Chicago Clearing Corporation served as a market maker for this $4,000 vouchers that were officially issued in 1993.

The M5 was produced in four different versions based on intended export locations. These were the left-hand drive (LHD) Euro spec, the right-hand drive (RHD) UK spec, the LHD North American (NA) spec for the United States and Canada, and the RHD South African (ZA) spec. 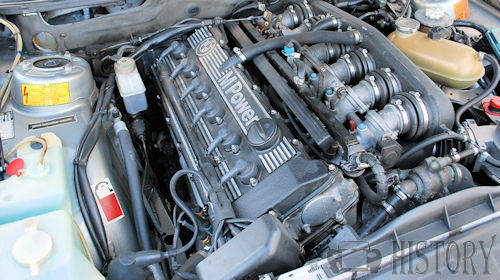 European models European-Spec M5s were available with some options unavailable on USA-Spec M5s, such as Water Buffalo leather and a Glass Moonroof. Left-hand rive (LHD) cars were equipped with 185TR390 metric wheels, while right-hand drive (RHD) cars used 16x7.5 wheels. Very early European-Spec LHD M5s had VINs that started with "WBA" instead of the "WBS" designation to indicate BMW Motorsport. it is estimated that no more than 15 M5s were produced with a "WBA" VIN.

At the time of sale, BMW quoted the following performance data: 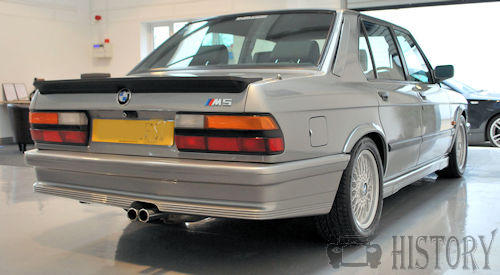