Initially available as a coupé only, BMW introduced M3 convertible/cabriolet and saloon versions in 1994, the absence of any M5 models in the BMW line-up between the end of E34 M5 production in 1995 and the launch of the E39 M5 in 1998 prompting the introduction of the four-door Motorsport model. 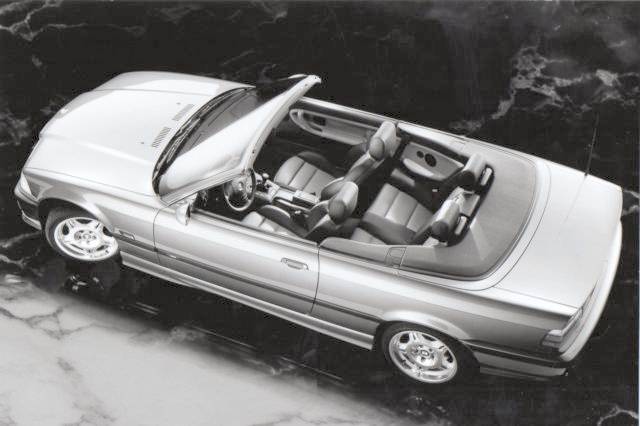 In September and November, 1995, the M3 coupé and saloon, respectively, were upgraded to a 321 PS (236 kW; 316 hp) 3.2-litre inline-6. At the same time, the cars received clear indicator lenses, new wheels and a 6-speed gearbox. The convertible did not receive these changes until February 1996.

The majority of E36 M3s were produced at the Regensburg factory, however a small number of detuned right hand drive M3s were assembled at BMW's Rosslyn plant in Pretoria, South Africa. In total, 46,525 coupés, 12,114 Cabriolets and 12,603 saloons were produced. Saloon production ended in December 1997; the coupé ceased production in late 1998; and the convertible in December 1999.

The E36 chassis M3 was touted as one of the best handling cars of the 90s in independent tests by Car & Driver. Known for its benign handling and balance, the car is popular amongst circuit racers and track enthusiasts. The E36 was also one of the first cars BMW designed mainly with computer aid with the use of detailed Finite Element Analysis and other software.

The E36 M3 was also available as a saloon in the UK for a limited period during 1995–6, during which around 400 RHD models were sold in the UK. This variation had slightly softer suspension but could be purchased with the firmer coupe set-up if the customer wished. Performance figures did not change with the standard 286 bhp (213 kW; 290 PS) (more than the US model by some margin). The 3.2 Evo was introduced with 316 bhp (236 kW; 320 PS) .

There was also an M3 Anniversary Edition only produced in 1999 for Australia. This was the final year of production for the E36, with only 50 coupes and 70 convertibles being made. Furthermore, "BMW Individual" were able to custom design an M3 with specific coloured leather, woodgrain and other personalized options including polished magnesium alloy wheels from the Anniversary edition. Convertibles lacked the sports seats found in the coupe but retained every other feature.

In 1994 agreements existed between Canada and several countries in Europe which allowed any car authorized in one participating country to legally be sold in any of the others.Though BMW had unveiled the next generation E36 M3 in Europe in 1992, the company felt that the production version would need to be priced much higher for export to North America than the market would allow. While the engineers worked on a less expensive North American version of the E36 M3, BMW Canada seized the window of opportunity: 45 numbered European specification M3 coupes were specially produced and imported into Canada.

Beginning with the first E36 M3s delivered, BMW racers began pressuring BMW for a homologation version with which to compete against Porsche 911s in sports-car racing. A homologation version is a car with special modifications from the factory that are allowed in racing as "production" cars, if enough cars are made and sold.

d from the assembly line for the highest power. The ECU had the top speed limiter removed. The cars also came with a 3.23 rear axle ratio versus the standard 3.15 of the 1995 M3s. The cars were fitted with a sport suspension with stiffer springs and shocks.

The M3 GT Coupe was a limited-edition mainland Europe-only edition of which 356 were made; 50 were made in right-hand drive for the UK market and were built in 1995 February–June. Six prototypes were made in December 1994.

The M3 Evolution Imola Individual was a limited-edition (200 units for Europe with part VIN WBACB5103-AN307--, 50 for the United Kingdom) car sometimes referred to as the M3 GT2. The engine and performance characteristics of the car were unchanged from the 1996+ euro M3, and a special exterior and interior colour combination was once again chosen by BMW; Imola red (405) paint with Nappa leather & Amaretto seats in Imola red and anthracite seats. It also included side airbags, the M3 GT Class II rear spoiler, front class II corner spoiler extensions, electric seats, and double-spoke polished alloy wheels.

Fifteen M3s were ordered by BMW Australia in 1994 to race in the Australian Super Production series. All were delivered to Tony Longhurst Racing for final preparation by the Frank Gardner run team. Eleven were made available to the general public, (who have to possess a CAMS license to be allowed to buy one), four were retained for the race series, the M3-R had locally sourced King springs fitted to Group N adjustable struts and rear perches, AP Racing twin plate clutch and four piston brake calipers, dual pickup sump, an oil restrictor in the head, A C Schnitzer cams, a 3.25:1 ratio medium case diff and M5 driveshaft, cold air snorkel into air filter box replacing left hand fog light, non functional rear seat, air conditioner delete and more aggressive tune, GT front splitter and rear spoiler with extensions and gurney strips. This was the most powerful production E36 made with 240 kW (326 PS; 322 hp). A bolt-in FIA approved roll cage was also a factory option (locally produced by Dencar) there were several differences between the cars depending on customer requirements, early numbers had non-staggered BBS wheels, later had staggered BBS wheels (individually numbered plaque fitted to centre console below emergency brake lever)

The E36 M3 GTR is the road-going version of the competition machine built to compete in the 1994 ADAC German GT Cup Touring Car series. Essentially a race car with license plates,

To celebrate the 50th birthday of the German automobile magazine Auto Motor und Sport in 1996, BMW M GmbH hand-built (at least) one official BMW E36 M3 compact. The car was tested and described in the June edition of the magazine. 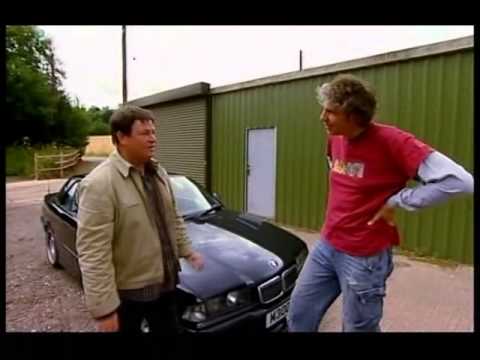