BMW E21 is the body designation for the first BMW 3 Series compact executive car, produced by the German automaker BMW from 1975 to 1983. This series was the immediate successor to the BMW 2002 and was superseded by the BMW E30.

Under the direction of its 51% percent shareholder, Herbert Quandt, BMW decided upon a replacement for their aging 2002. Without it, there was the distinct possibility of BMW leaving its core mission of building driver oriented cars, and alienating an existing customer base long enamored with the company's 2002 model.

Paul Bracq, Director of Design at BMW from 1970 to 1974, is credited with setting the design direction of the E21 3 Series, while Wilhelm Hofmeister is credited with first drawing the small forward wedge at the base of the C-pillar, a strong design trait of the first 3 Series. In 1975 Claus Luthe replaced Bracq and became the owner of the project.

In July 1975, BMW’s Board of Management first presented this new model series in the Munich Olympic Stadium for public appraisal. The frontal view of the new car was dominated by the BMW trademark kidney grille standing out clearly from the radiator cover. The styling of the new car bore a resemblance to the BMW E12 5 Series.

The wedge shape of the two-door model was distinctive, extending all the way to the unusually high rear end. In response to criticism of the tail design, a black plastic trim panel between the tail lights was added. The car's styling was otherwise well received.

Initially, a Getrag four-speed manual was the standard transmission fitment. Five-speed overdrive Getrag gearboxes were fitted as standard in 1980, but close ratio 'sport' gearboxes were available at the car's release as an option. Alternatively, purchasers could opt for the ZF 3 HP-22 three-speed automatic transmission.

The cockpit design of the E21 marked the introduction of a new design concept, with the center console and central dashboard area angled towards the driver. This feature has become part of BMW’s interior design philosophy for many years. As a sign of passive safety, all edges and control elements within the interior were rounded off and padded. 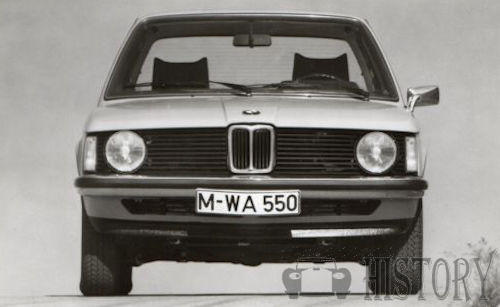 At the 1977 International Auto Show in Frankfurt, BMW unveiled its new variants of the E21, featuring the new six-cylinder M20 engines. The four-cylinder 320 model was replaced with the 320/6, featuring a two-litre version of the M20 engine. The 323i model was introduced, featuring 2.3 litres and 143 bhp (107 kW; 145 PS), empowering this car with a top speed of approximately 190 km/h (118 mph). The braking system was also upgraded, with the 323i featuring disc brakes on all wheels. 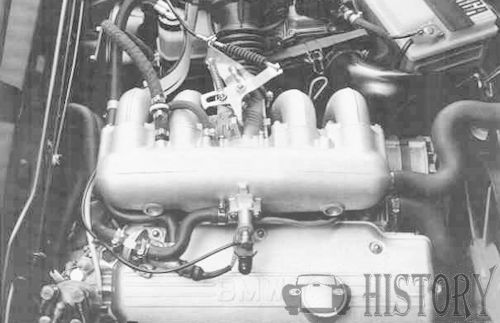 The Group 5 version of the BMW 320, introduced in 1977 as a replacement to the already obsolete BMW 3.0 CSL and became nicknamed as the Flying Brick in reference to the blocky bodyshape, was powered by a Formula Two engine that was tuned to 300 bhp (220 kW) by BMW Motorsport.

Other than the main factory team and McLaren who ran the IMSA operation in the US, the car was notably used by the BMW Junior Team, who had the likes of Manfred Winkelhock, Eddie Cheever, and Marc Surer as drivers. They would help to win the 1977 Deutsche Rennsport Meisterschaft and would later go into Formula One. 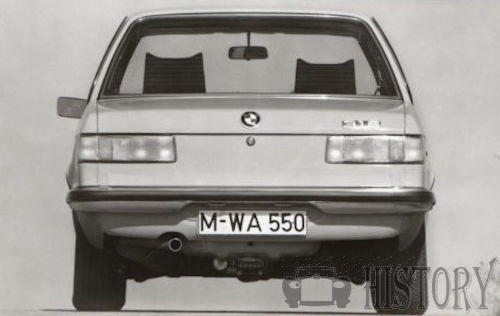