The S55 is an inline six-cylinder engine with twin-turbo charging from the car manufacturer BMW , which builds on the BMW N55 . The Biturbo was mid-2014 in the new BMW M3 (F80) and BMW M4 (F82) introduced. With the end of the last generation of the BMW M3 (E90) , the chapter on high-performance intake engine at BMW was closed. This predecessor M3 had a 309 kW (420 hp) high-speed V8 engine with four liters displacement ( BMW S65 ).

The new six-cylinder is superior to it in torque and in non-full-load situations in consumption; In normal road traffic two to three liters less fuel to be consumed.

The S55 has the same dimensions of bore and stroke and an aluminum crankcase as the N55; however, the latter is designed in a closed-deck construction in order to achieve a higher rigidity and to be able to work with higher combustion pressures; unlike its basic model he has in addition to the two turbochargers a water intercooler mounted on the motor on top.

In addition to the crankcase made of aluminum, the following three features of the weight saving serve: Instead of inserts, the cylinder liners are sprayed with electric arc ; also the cylinder head is made of aluminum; Magnesium is used for the oil sump .  The crankshaft is made of steel, forged and hardened. The final speed is 7600 min -1 . 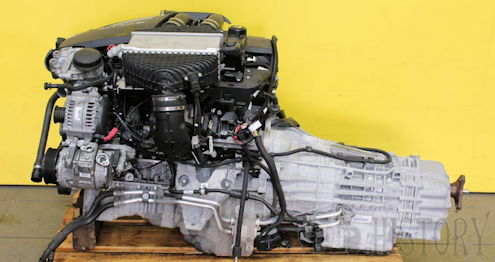 The two overhead camshafts are controlled by VANOS , which now allows faster adjustments, the valves through the Valvetronic III.As with the N55, the exhaust valves are sodium-filled. 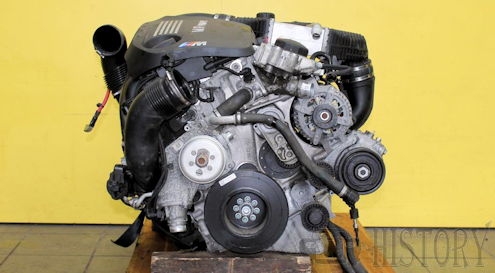