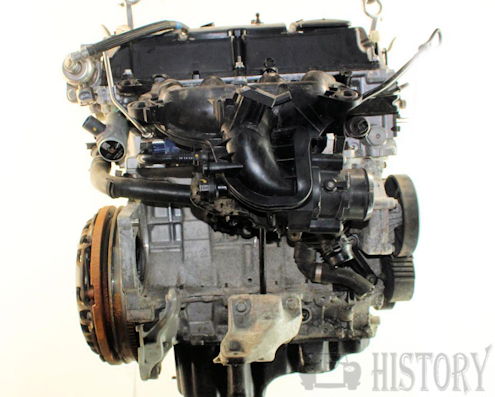 The BMW N13 is a petrol engine series of the automobile manufacturer BMW with four cylinders in row arrangement and turbocharging . The engine generation was presented in 2011. It premiered in the BMW 116i / 118i as a replacement for the previously installed direct injection gasoline engine N43 and will gradually be used in other model series. The basis of the N13 is the Prince engine, which was developed jointly by BMW and PSA Peugeot Citroën (also in miniused). Another difference compared to the 1.6-l Prince engine is that this engine has been modified to be longitudinally mounted. The N13 is another step in BMW's Efficient Dynamics program. With the N20 , which has also already been presented , the engine shares large parts of its technology, such as the turbocharger called BMW TwinPower Turbo , its HighPrecision Injection, Valvetronic and twin VANOS . The two-piece crankcase is made of die-cast aluminum.