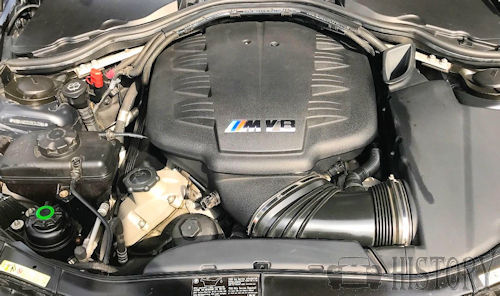 The S65 is a high speed V8 - aspirated engine with overhead camshafts and 32 valves from BMW . He shares with the S85 V10 from the M5 / M6 the basic architecture and the aluminum construction. He was introduced in the E92 M3 as the successor to the S54 straight-six . The engine won at the International Engine of the Year awardsthe category "3 to 4 liters displacement" for five consecutive years. With a maximum speed of 8,400 revolutions per minute, the S65 is the highest-revving production engine that BMW has ever built.

The S65B40 was developed in response to the ever stricter emission standards Euro V and CARB .  Because the predecessor engine S54 had exhausted the potential for development, it has developed its successor, the S65.

It shares with the S85 the same bore of 92 mm and the same stroke of 75.2 mm, as well as the double VANOS and the compression ratio of 12.0: 1. In contrast to theS85 , the VANOS system in the S65 is powered by engine oil pressure, which eliminates the need for a separate high-pressure hydraulic system as installed in the S85.

The engine block , which consists of a eutectic aluminum - silicon alloy, comes from BMW's Formula 1 Foundry Landshut , while the cylinder heads are made of hydroaluminium in Austria. Other noteworthy features include iron-jacketed aluminum pistons, ion-current knock control , steel-magnesium connecting rods, a steel-forged crankshaft ( cross-plane design), and a single-throttle intake system, where one cylinder bank is always driven in compound by an electromechanical actuator.

For the S65, a newer version MS S65 was developed from the engine control unit of the S85 . It can perform more than 200 million calculations per second compared to 25 million for the predecessor BMW S54 . The resulting engine weighs 202 kg, 15 kg less than its predecessor with only 6 cylinders. 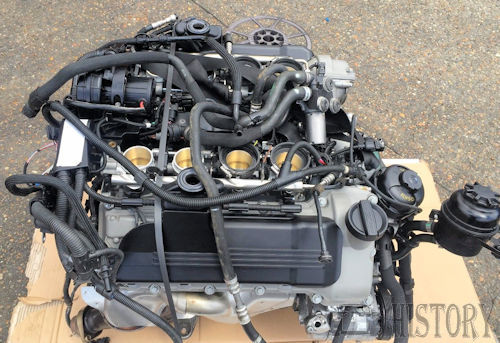 The S65 engine was developed due to its S54 predecessor having reached the end of its development potential and being unable to meet increasingly stringent Euro V and California Air Resources Board (CARB) emissions regulations.

A wet-sump lubrication system with an oil return pump and a main oil pump replaces the three-pump wet-sump system used on the V10, further decreasing weight.The alternator disconnects from the engine during acceleration to maximise power, only charging the battery during braking and decelerating whenever possible, in a system BMW calls Brake Energy Regeneration.

An updated version of the Siemens MSS65 ECU (used in the S85 V10) is fitted to the V8. Claimed to be capable of more than 200 million calculations per second, the new ECU (known as the MSS60) comfortably exceeds the 25 million calculations of which the S54's ECU was capable. The MSS60 was actually produced before the MSS65 control unit, although it was not put into production vehicles until the M3 in 2007. The newer M3 control units are manufactured by Continental and are no longer labeled Siemens. 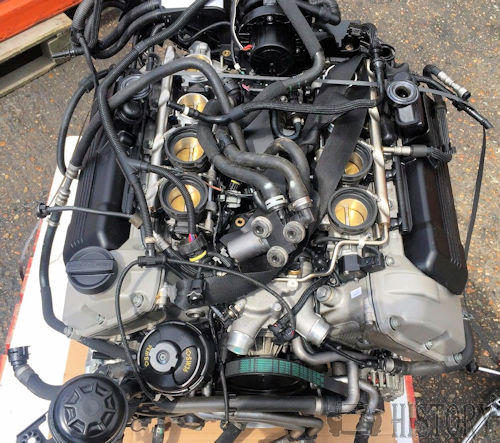