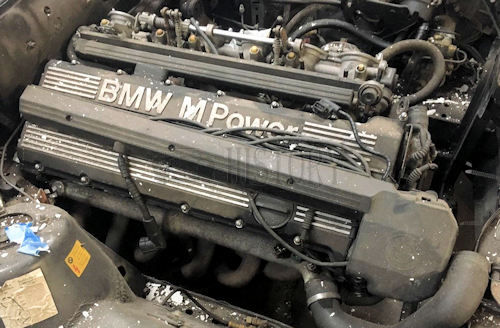 This engine is similar to the M30, but has a 24-valve cylinder head, duplex timing chain, dual overhead cam layout and shim and bucket style valvetrain In addition to the top end revisions, the S38 also had six individual throttle bodies and intake trumpets fed by a cast aluminum intake plenum.

The BMW S38 is a DOHC - series - six-cylinder - petrol engine in four-valve technology with manifold injection engine manufacturer BMW or the associated BMW M GmbH , which was presented 1988th The two overhead camshafts are driven by a duplex chain . The mixture is supplied separately for each cylinder via its own intake manifold and one throttle per cylinder ( single throttle system ). This came in the M5 E34 used. Its origin is the engine in the BMW M30 with whom he does not have much in common, however, and is the successor and close relative of the also based on the M30 BMW M88 which was first installed in the BMW M1 .

The peculiarity of the S38 is compared to other BMW six-cylinder engines in addition to the four-valve technology in the then used only in racing single throttle valve system , which provides in conjunction with the electronic engine control for better cylinder filling and better response. An electrically adjustable flap in the air collector, which causes the same effects as a variable intake manifold, was reflected in a better power delivery in the lower rpm range.

Both engines were designed from the outset to meet all of the world's existing legal emission standards at the time. So you put different catalysts, which were made of metal or ceramic depending on the engine version. Only in a few states (for example South Africa), where unleaded petrol was not yet fully established, was this technology abandoned.

The engine was developed and built, just like the corresponding vehicle, at BMW M GmbH .

Offered this engine was only with manual transmission, first with a 5-speed gearbox and from May 1994 with a 6-speed gearbox manufacturer Getrag.

The S38 is an evolution of the M30 derived engine BMW M88 . Both the M88 and the first version of the S38 (S38B36) have a displacement of (rounded) 3.5 liters. An increase to 3.8 liters (S38B38) was achieved by a larger bore and a new forged crankshaft , which raised the stroke from 86 to 90 mm. Furthermore, the inlet valves were enlarged and the air filter housing flow optimized. Another innovation with the S38B38 is the distributorless ignition, which has six individual ignition coils. The S38B38 engine weighs 236.8 kg.

The S38B35 was based on the M88/3, but with changes including a dual-row timing chain, camshaft, compression ratio lowered to 9.8:1 and fitted with a catalytic converter. 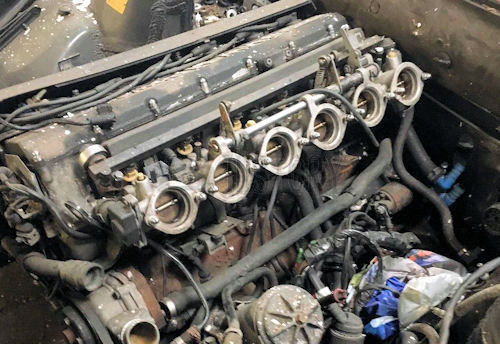 For the S38B36 displacement was enlarged from 3453 to 3535 cc, achieved by increasing the stroke from 84mm to 86mm by using a longer forged steel crankshaft. Different camshafts were also used and the compression ratio was increased to 10:1. A variable-length inlet manifold was used claimed to improve torque output, equal length stainless steel exhaust headers remains.The fuel injection system was Bosch Motronic.

In 1992, BMW further enlarged the S38 engine to 3795 cc, with power climbing to 250 kW (340 hp) and torque increasing to 400 N·m (300 lb·ft). Coil-on-plug ignition replaced the traditional distributor which was used on previous S38 engines and the Bosch Motronic 3.3 fuel injection system was used. Other upgrades include:

This engine was used in the E34 M5 until finished production in 1996. 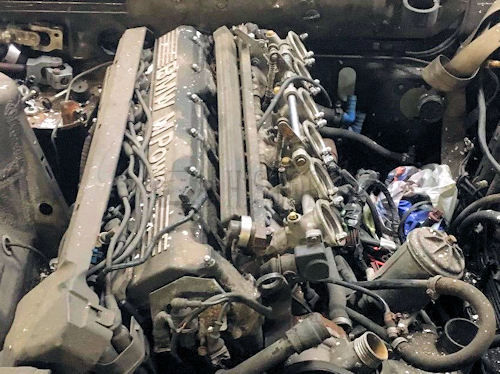