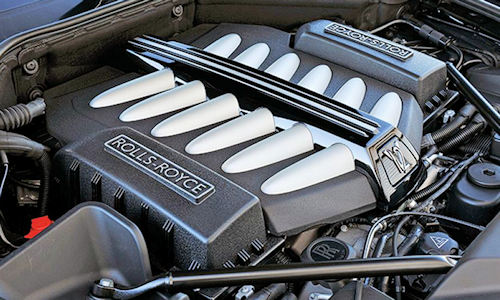 The BMW N74 is a twin-turbocharged V12 DOHC piston engine which replaced the N73 and has been produced from 2008 to present .

The cylinder bank angle is 60 °. Engine block in closed deck construction, oil sump and piston are made of aluminum.

The N74 has a direct-injection petrol engine, two turbochargers (Garett GT2260S), which were developed specifically for this engine and are mounted below the cylinder banks on the outside of the engine,  four-valve technology and a variable valve timing with the brand name Valvetronic. The injection nozzles are single-hole twist nozzles, the injection pressure is up to 12 MPa. The unit uses a conventional three-way catalytic converter and is suitable for operation with low-grade, sulfur-containing gasoline.

The first version N74B60 met the EU 5 emission standard, from 2013 also the EU6, the N74B66TÜ meets the emission standard EU6 .The oil is supplied by a volume-controlled 6-chamber pendulum slide pump.

Compared with its N73 naturally-aspirated predecessor, the N74 features twin-turbochargers. The N74 engine has double overhead camshafts per cylinder with variable intake and exhaust valve timing, BMW’s double VANOS. Both the intake and exhaust VANOS or variable valve timing units have 50 degree crank angle adjustment. The N74 has four valves per cylinder and is not fitted with BMW’s ‘Valvetronic’ or variable valve lift intake system.

The engine marked BMW's first use of an 8-speed automatic transmission (the ZF 8HP90). 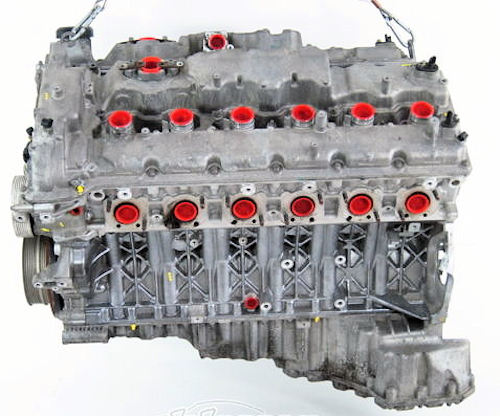 An enlarged version of the N74B60, displacing 6.6 litres and boasting in excess of 563 bhp (420 kW) features in the Rolls-Royce Ghost.