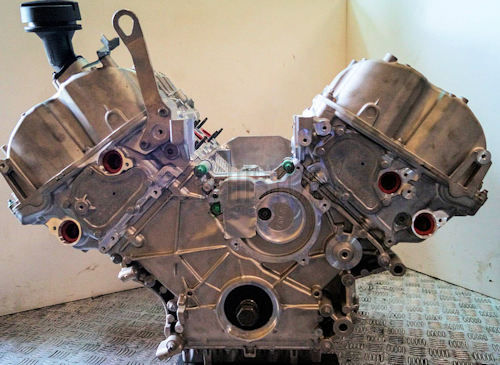 The BMW N63 is a twin turbo DOHC V8 piston engine which replaced the (naturally aspirated) N62. It was launched in the 2008 BMW X6 xDrive50i, and later the F01 BMW 750i. The location of the intake and exhaust manifolds are reversed compared to a traditional V8. The BMW Motorsport division version of this engine, called S63, debuted in the X5M and X6M and later appeared in the M5 and M6. Alpina also uses a variant of this engine in its B5 Bi-Turbo, B6 Bi-Turbo and B7 Bi-Turbo.

The N63 engine should consume less fuel and develop more power compared to the predecessor, to the cubic capacity was reduced to 4.4 liters, and he was equipped with bi-turbocharging and direct injection ; The first N63 engine introduced in 2008 produces 300 kW.  The engine is based on the " closed-deck design ",  it has an aluminum block and aluminum cylinder heads. Per cylinder bank - both are at an angle of 90 ° to each other - two overhead camshafts are mounted, which are driven by a timing chain. The control times are variable by VANOS . Exhaust gas turbocharger and catalytic converter were placed between the cylinder banks, the air inlet is on the outside of the cylinder banks. The crankshaft is made of forged steel and has a drive wheel for the oil pump. It runs in crankshaft bearings with a diameter of 65 mm. Auxiliaries such as water pump, alternator and power steering pump are driven by a belt

The exhaust manifolds and turbochargers are located between the cylinder banks (on the "inside" of the V8) and the intake manifolds are located on the outside of the engine; this is opposite to the traditional manifold arrangement for a V8 with intakes in the "V" of the engine and the exhaust manifolds on the outside of the engine V. This new design creates a more compact engine package and decreases the exhaust runner length from the exhaust valves to the turbochargers. The engine uses air-to-water intercoolers, which are more efficient and provide a shorter air path than standard front mounted air-to-air intercoolers.

Similar to the N54B30, the original N63B44 and S63 do not use the second generation Valvetronic technology found in current BMW engines. The principal advantage of Valvetronic is the reduction of intake vacuum, which is not an issue in the pressurized intake found in a turbo-charged engine. Valvetronic was finally added to the updated M63TU variant of the engine. 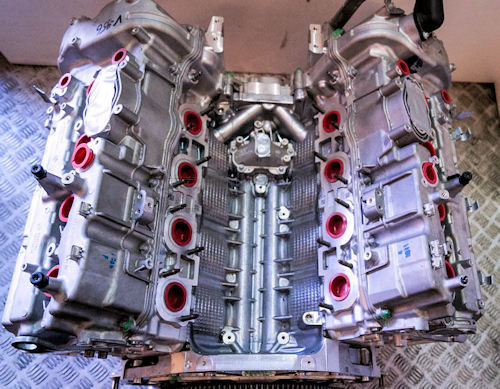 The N63TU engine is the successor to the N63 that also remedied the many technical issues of the N63 engine before it that are further explained on the bottom of this page in the "N63 Customer Care Recall Package" section. The further developed N63TU engine is the latest fuel-mixture generation technology Turbo Valvetronic Direct Injection TVDI. There are strong similarities here to the N20 or N55 engines. The new engine boasts better performance data at reduced fuel consumption and CO2 emissions.

The N63TU2 engine replaces the predecessor N63TU. The key enhancements of the N63TU2 over the N63TU are the improved exhaust-gas characteristics, the availability of the engine torque over a wider speed range together with optimized consumption, and a more efficient production process in the plant for the new N63TU2 engine.

The unique selling points of the new N63TU2 engine for the market include innovative detailed solutions such as the internal engine thermal management system during warm-up (called SCC, "Split Cooling Combined", the engine oil/coolant heat exchanger integrated into the engine V, the half-shell intake system and the engine charging using the twin-scroll exhaust turbocharger technology.

The S63 is BMW's Motorsport division version of the N63, which debuted in the BMW X6 M. The S63 uses two twin-scroll turbochargers plus a pulse tuned, cross-engine exhaust manifold to keep constant exhaust pulses flowing to the turbos at every 180 degree rotation.

Alpina uses a variant of the N63 engine that makes at least 25% more power than the base engine. Compared to the S63, Alpina's first and second variants makes lower horsepower but more torque.

For the 2013 model year, it received Valvetronic like all other N63 engines. Compared to BMW M's version of the 4.4L twin-turbo engine (such as found in the F10 BMW M5), Alpina's engine has 20 hp less but more maximum torque which is also available at a lower RPM.

The Alpina name is still unknown but the engine is codenamed N63M30 by BMW. 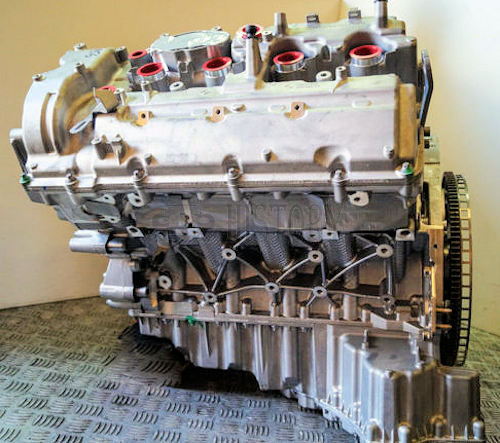