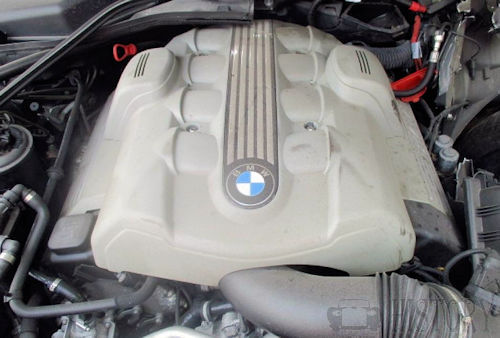 The BMW N62 is a V8 DOHC piston engine which replaced the M62 and was produced from 2002–2010. Compared with its M62 predecessor, it features variable valve timing for both the inlet and exhaust camshafts (called double-VANOS by BMW) and variable valve lift (called valvetronic by BMW). The engine was available in 3.6 and 4.4 capacities however the 3.6 later a 4.0 and 4.8 litre versions replaced their smaller predecessors. The 4.8 Like the M62, it has 4 valves per cylinder and fracture-split forged powdered metal connecting rods.

With 8 cylinders in V-arrangement of the Bavarian vehicle manufacturer BMW and successor to the BMW M62 . The engine block is made of Alusil , a hypereutectic aluminum alloy (AlSi17Cu4Mg), and was manufactured from 2001 to 2010 in Munich . Each cylinder has 4 valves and an indirect sequential fuel injection Sequential Fuel Injection (SFI) . The valve control via the BMW Valvetronic and double camshaft adjustment VANOS .

Furthermore, the N62 is now fuel quantity controlled via the Lambda sensors in full-load operation compared to its predecessor BMW M62 . This reduces fuel consumption in full-load operation and improves exhaust gas values ​​such as the content of carbon monoxide (CO), hydrocarbon (HC), nitrogen oxides (NOx) and, above all, benzene .

Successor was the BMW N63 . 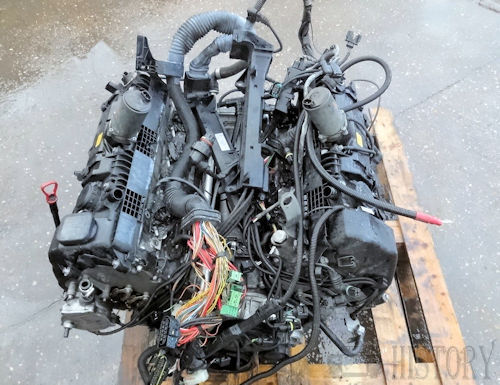