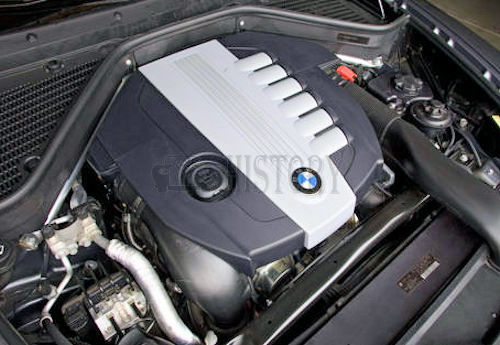 The BMW N57 is a family of aluminium, turbocharged straight-6 common rail diesel engines. The engines utilize variable geometry turbochargers and Bosch piezo-electric injectors. In 2015 the N57 is starting to be replaced with the B57 engine, beginning with the G11 730d.

The N57 is a 30 ° inclined, supercharged and water-cooled six-cylinder in-line engine with two overhead camshafts that operates on the diesel principle. Bore and stroke are 84 × 90 mm, resulting in a displacement of 2993 cm 3 . The crankcase of the engine is made of aluminum. In order to withstand occurring stresses, a plate is screwed to the bottom of the crankcase for reinforcement. The main bearing shells for the crankshaft are made of sintered metal, running a forged crankshaft. The cylinders are dry liners thermally connected to the cylinder blockused. The cylinder head of the engine is divided into two parts. The lower part comprises the intake and exhaust ducts and the valves, the upper part consists of a support plate in which run the camshafts, it is bolted to the lower part. Furthermore, the cylinder head is provided with an exhaust gas recirculation passage. The camshafts actuate two single and two exhaust valves per cylinder. A timing chain on the flywheel side of the engine, which is tensioned by hydraulic chain tensioners, drives the intake camshaft. The exhaust camshaft is driven from the intake camshaft. The fuel comes with a common-rail system from Boschinjected directly into the cylinders. Depending on the model, the injection pressure is between 1800 and 2000 bar. Depending on the model, one, two or three turbochargers are installed, which are coupled to a charge air cooler . 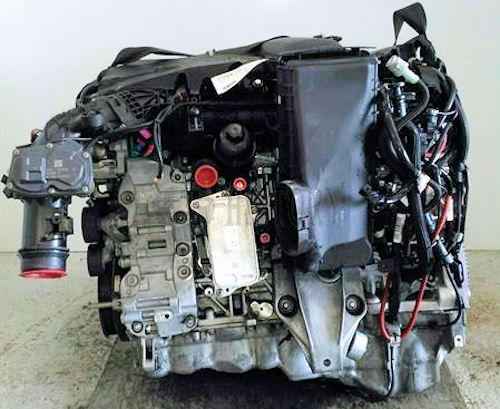 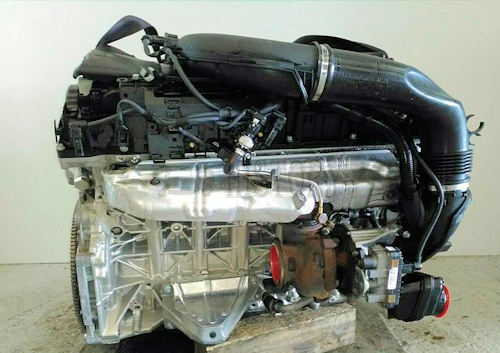 On February 23, 2018 Spiegel Online reported that some models with N57 engines are equipped with - according to the interpretation of the mirror - "manipulated" exhaust gas software. BMW had confirmed the use of inadequate software at a hearing at the Kraftfahrtbundesamt in Flensburg on 22 February ;  Federal Transport Minister Scheuer (CSU) spoke in the further course of "inadmissible defeat devices " in the engine control. On 20 March 2018 it was reported that the Munich public prosecutor's office has initiated investigations against BMW "because of suspicion of fraud in the exhaust gas cleaning". There is a suspicion that BMW uses a test stand-related defeat device. Around 100 civil servants had searched premises in the BMW Group headquarters and in the Research and Innovation Center in Munich as well as in the Steyr diesel engine plant.

According to BMW, copies of the vehicle types M550d xDrive Sedan (production 03/2012 to 10/2016), M550d xDrive Touring (production 03/2012 to 02/2017), 750d xDrive (production 07/2012 to 06/2015) and 750Ld xDrive are affected (Production 07/2012 to 06/2015): "Incorrectly, data entries were taken from a software version developed for vehicles with a different emission control system. This leads to increased NO x emissions during longer journeys , since the regeneration of the NO xstorage catalytic converter does not take place as planned. "  Harald Krüger, the CEO of BMW AG, said at the Annual General Meeting on May 17, 2018: "We made a mistake a few years ago"; Norbert Reithofer , Chairman of the Supervisory Board , spoke of a "technical, human error" that would not have led to lower emissions on the test bench than on the road. "With a targeted manipulation of engine control and exhaust gas cleaning has nothing to do," said Krüger. [

In a formal recall dated 13 March 2018, the Federal Motor Transport Authority asked BMW to "remove the existing inadmissible defeat devices in order to restore the vehicles to their correctness". According to BMW, this affects approximately 11,700 vehicles worldwide, of which around 9,300 across Europe (including Germany) and around 5,000 in Germany.  BMW launched the recall on May 29, 2018,  after the KBA had approved the software update by BMW.