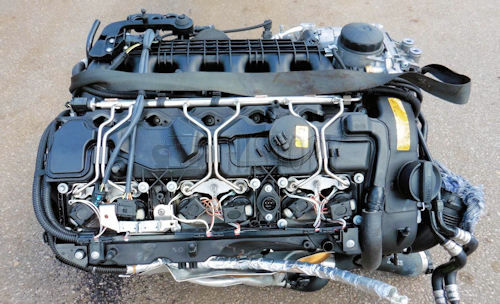 The BMW  N55 is a turbocharged in- line six-cylinder DOHC engine in four-valve technology from BMW . It was introduced at the end of 2009 in the BMW 5 Series Gran Turismo (535i GT) and is BMW's first twin-scroll turbocharged engine with a Valvetronics system and direct injection . BMW calls this system BMW TwinPower Turbo .
Successor was from 2015 the BMW B58 modular engine

The engine with two overhead camshafts has, like its predecessor, an aluminum crankcase (engine block) in open deckand bedplate construction. The crankshaft is made of cast iron and is 3 kg lighter than that of the N54, which was forged. The cylinder head is made of aluminum. The intake valves have a diameter of 32.0 mm, the exhaust valves are sodium-filled.

Another new addition to the twin-scroll turbocharger is that the turbocharger with direct injection and Valvetronic wascombined for the first time with the N55 . Valvetronic is the infinitely variable regulation of the lift of the intake valves, which makes the throttle valve superfluous. Nevertheless, this is redundant. The Valvetronic thus controls the air mass supplied for combustion in the engine itself. Combining these three systems has further reduced fuel consumption and improved response to the N54.

For BMW M models, the engine is available as a sport version BMW S55 with up to 368 kW (500 hp). The most powerful variant in the M4 GTS uses water injection .

Biturbo engine by Alpina based on the N55B30M0. The crankcase is of a different design and specially cast by BMW for Alpina. 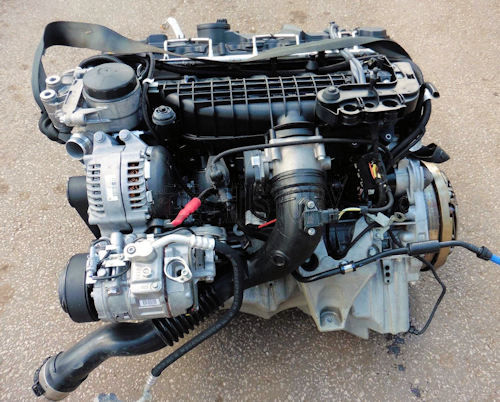 While its N54 predecessor uses parallel twin-turbochargers, the N55 uses a single twin scroll turbocharger. BMW has used the term "TwinPower Turbo" to describe both twin-turbo and (single turbocharger) twin-scroll systems. Another difference is that the N55 has variable valve lift (called Valvetronic by BMW).Displacement and peak power output are the same as the N54, however fuel economy is improved 15%, emissions have been reduced, less turbo lag and better low-rev torque.

As per the N54, the bore is 84 mm (3.3 in), the stroke is 89.6 mm (3.5 in) and the capacity is 2,979 cc (181.8 cu in). The compression ratio is 10.2:1. The N54's gasoline direct injection system uses piezo injectors, also used in the naturally-aspirated N53 (mostly European markets only), the N55's direct injection uses Bosch solenoid-type injectors. The piezo injectors were more expensive and BMW decided they were not worthwhile in North America, in contrast to Europe which they could perform lean burn to reach their full potential.

The N55 is mated to ZF's 8-speed automatic transmission in later applications such as the 2011 535i and 2013 BMW 740i, retaining the previous ZF 6-speed automatic transmission in earlier models. A 6-speed manual is usually available for sedans (excluding the 7-Series, and dropped for the 5 and 6 series for 2015), but not crossovers such as the X3, X5 and X6, and is of limited availability within the United States. The N55 engines in the 2011 BMW 135i and 2013 BMW 135is are mated to a Getrag 7-speed Dual-clutch transmission or a 6-speed manual transmission. 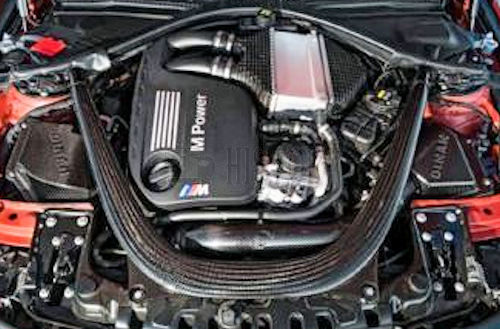 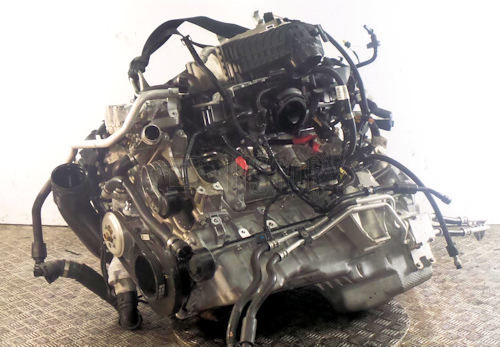