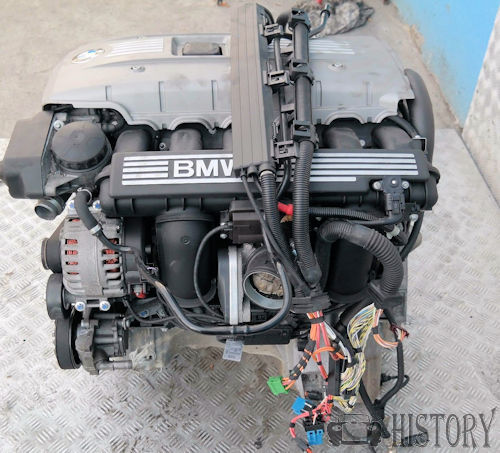 The BMW N52 is a straight-6 DOHC piston engine which was produced from 2004-2015. Compared with its M54 predecessor, the N52 features variable valve lift (called Valvetronic by BMW), a lighter block due to the use of a magnesium alloy and an electric water pump and a variable oil pump. Like the M54, the N52 uses an electronic throttle control, variable valve timing to both camshafts (called dual VANOS by BMW) and a infinitely variable length intake manifold (called "DISA" by BMW). Later BMW changed the technology to a dual intake technology for later car models but kept the name DISA.

For controlling the valve opening times a technical innovation has been integrated for the first time in a six-cylinder: the fully variable valve gear VALVETRONIC the second generation, which speeds up to 7000 min -1allows and infinitely regulates the valve lift, the opening time and the control time of the valves. Valvetronic does not regulate the intake rate of the air as usual via a throttle valve, but via the variable valve lift, which can be adjusted between 0.25 mm and 9.8 mm. The valve lift is changed by means of a precise mechanism in combination with an eccentric shaft, which is set by a VDO control motor. In this way, the intake valves take over the function of the throttle. A throttle valve is still available, but is used only in very few operating conditions supportive and has mainly the function of an emergency operation system.

The direct inlet control on the cylinder reduces the flow losses. In addition, the higher inflow rate leads to a better distribution of the gasoline-air mixture in the cylinder. The result is a significantly improved response compared to conventional throttle-valve engines and more efficient fuel economy. Consumption and emission levels thus reach an exceptionally low level for this performance class.

The volume-flow-controlled oil pump , whose eccentricity can be adjusted via control piston promotes only the actually required amount of oil in each operating condition. Conventional pumps would require up to 2 kW more power.

The basic engine has been reduced in friction and the engine control has been adapted to the significantly extended functional scope.

Furthermore, the N52 was now fuel quantity controlled over the lambda sensors in full load operation compared to the predecessor engine M54 . This reduced fuel consumption in full-load operation and improved exhaust gas values ​​such as carbon monoxide (CO), hydrocarbon (HC), nitrogen oxide (NO x ) and above all benzene .

With a total weight of 161 kg, the 3-liter engine was the lightest six-cylinder in this performance class. The low weight was achieved, among other things using a novel magnesium-aluminum composite cast crankcase . Because magnesium is neither suitable as a tread material nor as a material for a coolant-carrying component, a composite construction with an AlSi17 insert and a magnesium encapsulation was developed. For the first time, BMW used a magnesium alloy in mass production of a water-cooled crankcase. The case is about 24% lighter than a comparable aluminum component or 57% gray cast iron. The cylinder head cover of the engine is also made of magnesium.

Thanks to a lightweight deep-drawn flange, considerable weight reduction was achieved at the header. The wall thickness of the exhaust manifold flange could be reduced to 2 mm, making it 800 g lighter. The thin-wall ceramic catalysts are smaller and lighter than before. They reach their operating temperature faster and make secondary air injection unnecessary.

The lightweight construction camshafts were manufactured by hydroforming . They are 25% lighter than conventional camshafts and the weight savings totaled 1.2 kg.

The N52 debuted on the E90 330i and E63 630i. Some high-output N52 versions were later replaced by the twin turbo BMW N54. In European markets it began to be phased out following the release of the N53 in 2007. However, in markets such as North America, Australia or Malaysia, the N53 was deemed unsuitable due to the high levels of sulfur in the fuel. Therefore, the N52 remained in production until its replacement by the N20 turbocharged 4-cylinder engine in 2015.

The N52 engine block is cast with magnesium and aluminum for the crankcase. Magnesium is used to save weight. However, magnesium is subject to a greater risk of corrosion from water, and magnesium may tend to creep under load at high temperatures. Thus, magnesium in its pure form or as a conventional alloy is not suited for permanently conveying high loads and forces of the kind typically encountered in central components of the engine. Therefore, BMW combined the N52 block to use magnesium alloy for the crankcase shell, with an aluminum “inner block” to complement the magnesium disadvantages.

For the cylinder liners the N52 Engine uses Alusil to coat the aluminum cylinder sleeves. Alusil is an aluminium alloy commonly used to make linerless aluminium alloy engine blocks. Alusil, when etched, will expose a very hard silicon precipitate. BMW switched from Nikasil-coated cylinder walls to Alusil in 1996 to eliminate the corrosion problems caused through the use of petrol or gasoline containing sulphur.

The ticking noise of Hydraulic valve adjuster is a known problem with the N52 engine fitted with manufacturing date prior to November 2008. An occasional ticking or rattling noise from the HVA elements may occur during cold engine starts or frequent short-distance driving, recently known after the engines reach 50,000 miles. In these situations, the HVA elements may not yet have been supplied with sufficient amounts of air-free oil. This condition will not cause any damage to the engine, and usually remedies itself with a longer driving distance or operating times at full operating temperature. BMW dealers' first response is to perform HVA bleeding procedure, however this procedure seems not to resolve the matter. The second attempt to solve this problem is a replacement with improved HVA parts, however this procedure also does not fully address the problem. Finally, a newly designed cylinder head replacement solves the ticking noise problem for vehicles under warranty. Vehicles produced after November, 2008 have already been fitted with the improved cylinder heads that resolve this HVA problem. 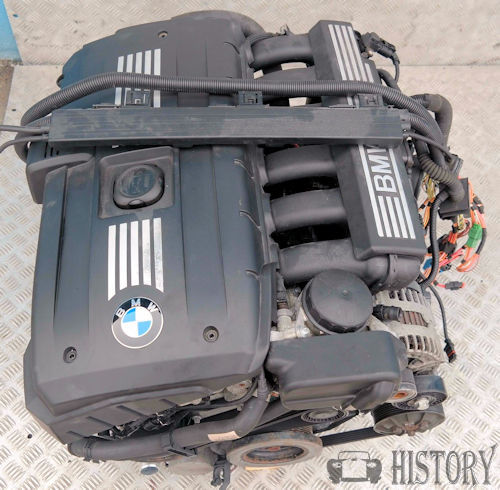