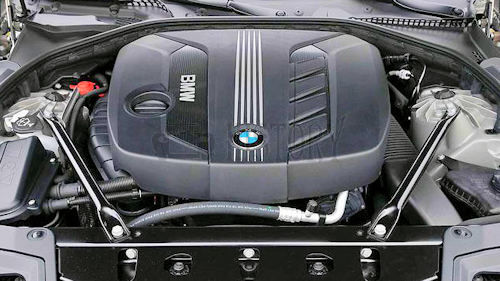 BMW N47 is a four-cylinder common rail diesel engine from BMW with many improvements over its predecessor, the BMW M47. In 2019 it is due to begin being replaced with the B47.The N47 engine debuted in March 2007 in the face lifted 1 Series BMW E87 and E81 and was available in the 1 Series BMW E82 and E88, which were introduced later in the same year.

The engine has an aluminum crankcase with thermally joined gray cast iron liners. To improve smoothness, two needle-bearing balancer shafts are integrated in the crankcase (not for the 85 kW version in the 116d). The four-valve cylinder head has two overhead camshafts that operate via roller rocker arms the valves. The common-rail injection system operates at pressures of 1600 to 2000 bar on the N47. The fuel is injected into the combustion chamber via centrally positioned solenoid valve injectors or piezo injectors. In most variants, a turbocharger with adjustable turbine vanes is installed, the most powerful stages (150 kW and 160 kW) have two turbochargersworking on a combined principle of register charging and multi-layer charging. The exhaust gases are cleaned by a diesel particulate filter arranged close to the engine with an upstream oxidation catalytic converter .

The electronic engine control was also designed for the following efficiency-increasing measures:

Usage in other models

The engine also became available in the 5 Series BMW E60 and E61 from September 2007, several months after the 5 series was face lifted, during which time the older M47 remained available. 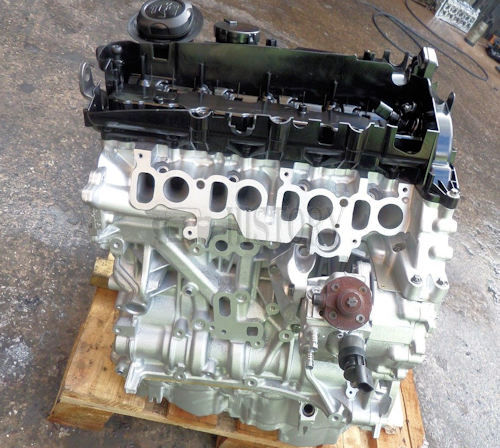 This version was used in the E90 BMW 320d Efficient Dynamics

In Europe, this particular version is one of the most popular engines in the entire range; the best selling 3 series is the 320d, while the 520d is the UK's best selling 5 series. 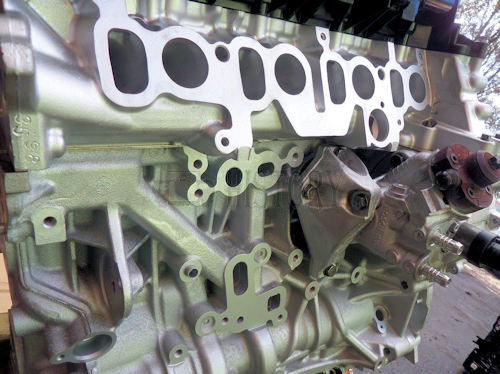 In October 2007, BMW introduced a twin sequential turbo model. With 204 bhp, it is the first production diesel on sale to achieve a specific output of over 100 bhp per liter. It uses the same turbo technology first shown in the E60 535d.

The N47 engine family is prone to excessive timing chain wear and premature failure.Rattling noise from the rear of the engine is indicative of the condition. Timing chain failure may call for engine replacement or a costly repair. The issue applies to all applications and power variants of the engine produced from 01.03.2007 to 01.03.2013. The most seriously affected units which require the most extensive repairs were produced from 01.03.2007 to 05.01.2009.

The return spring on the turbo's waste-gate was not originally lubricated or covered, this frequently resulted in early failure causing the waste-gate to remain partially or fully open. With the subsequent loss in compression, fuel consumption increased by 30%-50%. The problem was described by BMW engineers as a "known fault" and was immediately repaired (BMW mobile engineers even carried boxes of an improved spring), however BMW refused to compensate customers for the excessive fuel consumption and denied this fault was their liability.