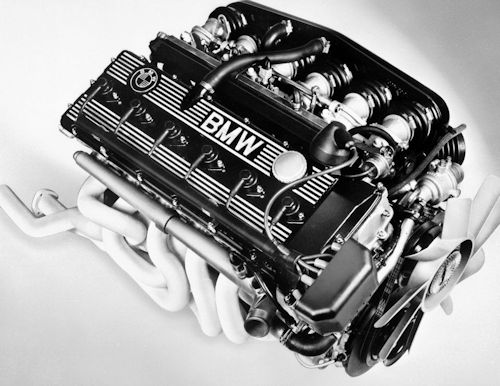 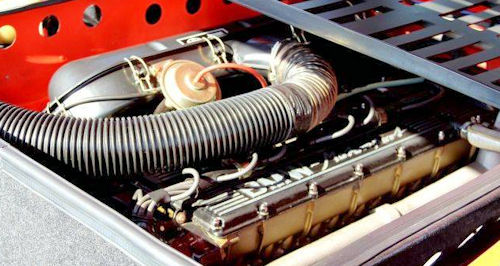 The M88/3 was also fitted to the South African 745i, due to packaging problems with the turbocharged M102 engine which was used in other markets.

In contrast to the M88, the M88 / 3 in the BMW M635 CSi and BMW M5 and in the BMW M745i (South Africa variant) is built in the traditional way , namely in the front - which of course is mainly because they were already in production as front-engine vehicles with rear-wheel drive ,

In order to save costs on the one hand and to simplify maintenance on the other hand, many of the tried and tested series parts were used in the design. Thus, the crankshaft with a long stroke corresponds to the 1982 built 3.5 l- M 30 , the engine block with oil supply and water pump and the crankshaft , the flywheel and the belt drive together with the ancillaries were taken from built after 1982 3.4-liter six-cylinder engine. The torsional vibration damper on the front crankshaft stump, however, had to be retuned for the higher revs of the M88 / 3.

Unlike the M88, the valve clearance is now set by shims that rest on the bucket tappet. So now the camshafts for the adjustments do not have to be removed. Otherwise, the cylinder head of the M88 / 3 does not differ in terms of constructive features from its predecessor.

The control of injection and ignition are taken over together by a Bosch Motronic. This means not only considerable cost savings due to the elimination of the equally expensive and highly precise precision mechanics of the blower injection, but also further possibilities for the efficient coordination of ignition timing and injection quantity to the respective operating state of the engine. For the detection of the load condition , a damper air flow meter is used; the puffer fish injection took its information on the load condition from the throttle position, but since there was no information about the actually sucked air flow, this is in practice rather as a targetLoad state (possible deviations of the intake air mass, eg due to clogged air filter, can not be detected in this way).

For the S38B35 with catalytic exhaust purification , the compression was lowered to 9.8: 1, the engine thus requires unleaded fuel with an octane rating of 95 RON. In addition, shortening the camshaft opening times increased the internal exhaust gas recirculation , which reduces the raw HC emissions (emissions before catalytic converter). The engine is now equipped with an idling control valve controlled by the Motronic , with a lambda probe located in a connecting piece of the otherwise double-flow exhaust system keeping the fuel-air mixture exactly at lambda = 1 .

The M90 engine is a lower performance SOHC engine that was based on the M88/1. It utilizes the same block from the M88 and maintains the same bore and stroke, but borrows its head from the BMW M30 engine family. Different years of M90 engines used both Bosch Motronic and Bosch L-Jetronic engine management systems. Typically identified by a white L painted on the block behind the oil filter housing and coolant water passages on the side of the block.

The M90 sold in Europe and most other markets (except North America) used a compression ratio of 9.3:1, did not have a catalytic converter and produced 160 kilowatts (210 hp).