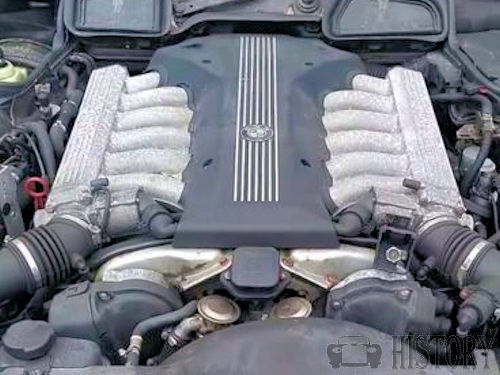 The BMW M73 is a V12 petrol engine of the car manufacturer BMW and was introduced in 1994 as a successor to the M70 . This was used in the BMW 7 Series , BMW 8 Series and in the Rolls-Royce Silver Seraph .

The engine block consists of an Alusil alloy, the cylinder heads with overhead camshafts made of aluminum . While most BMW engines were converted to four-valve technology at the time, the M73 remained at two valves per cylinder.

New was the vibration damper on the crankshaft, which now bearings from the eight-cylinder M60 were used. Furthermore, knock sensors were used. The springs on the valves had lower friction due to smaller spring constants. For environmental reasons, the exhaust valves were now without sodium filling.

From model year 1999, the 750i was the first to receive an electrically heated catalyst and from then on, while maintaining the same performance as the demanding American LEV and EU3 / D4 legislation.

The performance of the BMW V12 concept became clear when he helped in a six-liter capacity enlarged version in the closed McLaren BMW 1995 for the first major victory as the winner of the 24 Hours of Le Mans, and in 1999 the overall victory BMW V12 LMR in the legendary 24 hour race. For racing, the engine power was throttled by Luftmengenbegrenzer to about 580 hp. Without this limit, the X5 Le Mans -Experimentalfahrzeug about 700 hp.

In 2000 there was the M73 as a variant that could be operated with hydrogen,  in 750hL .The difference to the pure gasoline version are the hydrogen injection valves in the intake system and a special electronic mixture formation system. In hydrogen mode, the engine then makes 150 kW / 204 hp, which accelerated the 750hL in 9.6 seconds from 0 to 100 km / h and reached a top speed of 226 km / h. On the Nordschleife the 750hL 10 minute limit for a round undercut in operation with hydrogen rather significantly with 9 minutes and 53 seconds. Fifteen 750hL were manufactured in Dingolfing - BMW spoke of "small series" - served as shuttle vehicles at the EXPO 2000 and then completed within the "CleanEnergy World Tour 2001" 150,000 km, which showed the practicality.

Some versions of the engine have two separate Bosch Motronic ECUs, while others use a single Siemens ECU. 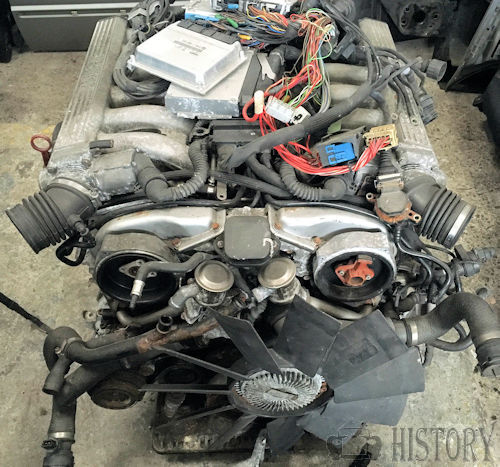 The M73TU won the "Above 4 L" category of the International Engine of the Year awards for 1999.