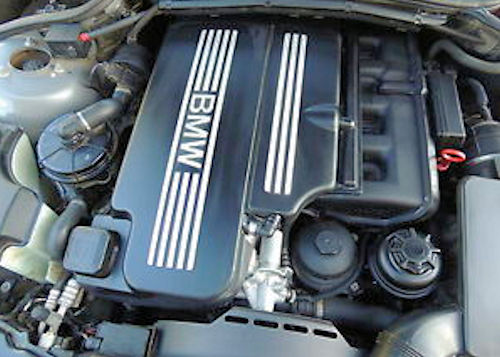 The updated 2.5 liter engine designated M56B25, was produced between 2002 and 2005. It was the first BMW Super Ultra Low Emission Vehicles (SULEV) and the details are listed below.

The M56B25 power output and vehicle performance was the same as the comparable model equipped with the M54B25 engine (US only). M56 SULEV models listed above were sold in California, New York and Massachusetts as 2003 models and in Vermont starting in 2004 model year.

In addition, these vehicles were certified as Partial Zero Emission Vehicles (PZEV): The vehicles meet the SULEV tailpipe emission standard, which is approximately 1/5 of the ULEV standard. The vehicles conform to the Zero Evaporative Emissions requirements.

Sales of this model started in 2003. The E46 SULEV has only been sold in 4 states in the US. California, New York, Massachusetts and later in 2004 in Vermont.

Specs of the M56 engine

Hydrocarbon escape via the intake system is prevented due to the use of an additional carbon filter incorporated in the air filter housing and a "closed" throttle valve actuator.

The fuel tank, tank filler neck and evaporative canister are made of stainless steel. Both the fuel pump and fuel filter are completely sealed inside the gas tank and require a complete replacement of the gas tank if either the fuel pump or filter fail.

The crankcase ventilation valve is incorporated in the aluminum cylinder head cover.

In addition SULEV models also incorporate a "Direct Ozone Reduction System". The external heat exchange surfaces of the radiator are coated with a catalyst which reduces the ozone in the ambient air drawn through the radiator.