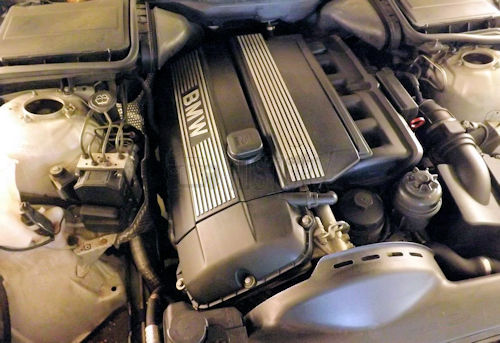 The BMW M54 is a straight-6 DOHC piston engine which replaced the M52 and was produced from 2000-2006. There was no "technical update" (TU) version of the M54 produced, therefore the engine specifications remained the same throughout its 7-year production. The M54 began to be phased out following the introduction of the BMW N52 in 2004.

This a series of inline six-cylinder engines with four-valve technology, which made its debut in 2000. It is the further development of the BMW M52 and was replaced in 2004 by the BMW N52 . The M54 engines have a camshaft adjustment for inlet and outlet side ( stepless double VANOS ). Crankcase and cylinder head are made of aluminum.

Compared to its predecessor M52, the displacement of the M54B22 and M54B30 has been increased by a slightly longer stroke of 0.2 l each. The partially significant increases in output (28 kW in the case of the 3-liter engine) were, however, achieved for the most part by reducing the flow resistance on the inlet and outlet side of the engine.

According to BMW, the resonance intake system already introduced in the M52TU in 1998 was designed to enable a high degree of cylinder filling over a wider engine speed range through a speed-dependent two-stage variation of the effective intake pipe length, thus ensuring improved elasticity. The variable control of the exhaust valves should also optimize the torque in the lower speed range.

The main differences between the M54 and its M52TU predecessor are the non-return fuel system, a fully electronic throttle (without mechanical backup), an electronically controlled thermostat and that the North American engines no longer use an iron block. The M54 uses an aluminium block and aluminium cylinder head with cast iron cylinder liners and, like the M52TU, the M54 features variable valve timing to both camshafts (called dual VANOS by BMW) and a dual length intake manifold (called "DISA" by BMW). 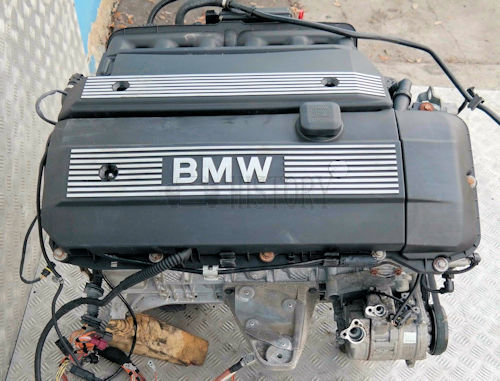 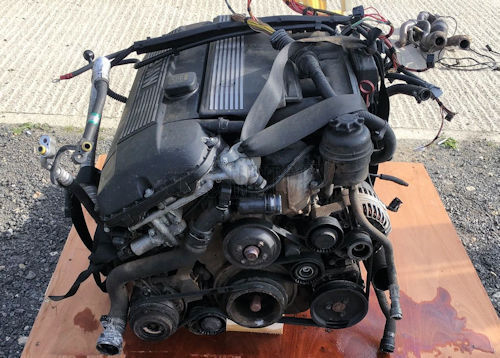 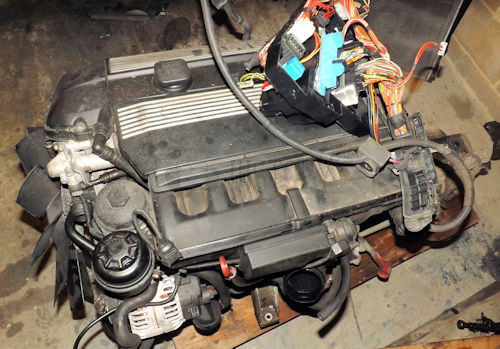 The S54 with the internal engine designation S54B32 is an engine of the BMW M GmbH and was introduced in 2000 in the M3 of the series E46 . The engine is not based on the M54 engine of the BMW AG vehicles, but was developed from the predecessor, the BMW S50B32 , installed mainly in the BMW M3 of the E36 series . The S54 is a 3246 cc high-speed in- line six-cylinder engine. The engine has a camshaft adjustment for inlet and outlet ( stepless high pressure double VANOS). He weighs 212 kg.

The BMW S50B32 sports engine built into the BMW M3 E36 had , according to many, reached the maximum power level. The main reason for this was the operating design effort and the already almost maxed-out cylinder spacing. This was a further increase in capacity and thus increase performance in the way. As part of the extensive revision, the design features of the S50 were adopted (gray cast iron block, single throttle, double VANOS, exhaust manifold, etc.), but largely revised in almost every detail. There was still a slight increase in displacement against the S50B32 from 3.201 cm 3 to 3,246 cm 3 and an increase of the rated speed of 7,400 min -1 to 7900 min -1reached. The power increased compared to the S50B32 by almost 7% from 236 to 252 kW, the torque of 350 Nm at 3250 min -1 to 365 Nm at 4900 min -1 (data see also web link auto motor und sport.de).

Furthermore, there is a P54 version with 2 l displacement from 2003 . The cylinder head and the one-piece cylinder block are made of aluminum, with the block used cast iron liners.  So the engine weighs 137 kg. When the piston is forged skirt pistons with connecting rods for high-strength steel connecting rods. Six high-performance pencil ignition coils with integrated ignition drivers are used for the ignition. The BMW Motorsport 12A-R6 engine control unit uses three powerful microprocessors; the injection is cylinder-selective. 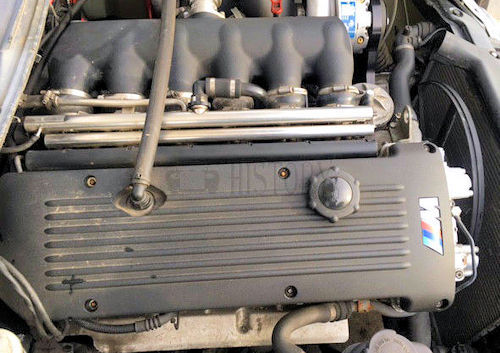 The S54 is the high performance equivalent to the M54. It was used in the E46 M3, Z3 M Coupé / Roadster, and the E85 Z4 M Roadster / E86 M Coupe. The S54 is technically an evolution of the iron-block S50B32. It shares few major components with the S50 and differences include: 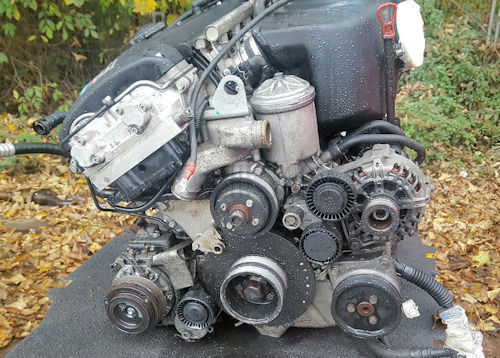 The upgraded S54 engine used in the E46 M3 CSL, officially designated S54 B32HP, has a high flow carbon fiber air intake, modified valve and camshaft timing, and a retuned DME using a MAP sensor instead of the MAF sensor found in a standard M3. However, the engine is further modified in order to reduce weight – it features a lightweight exhaust manifold (made standard on late models of the normal M3) and thinner exhaust piping. Additionally, the intake and exhaust manifolds are slightly straightened to improve engine responsiveness.