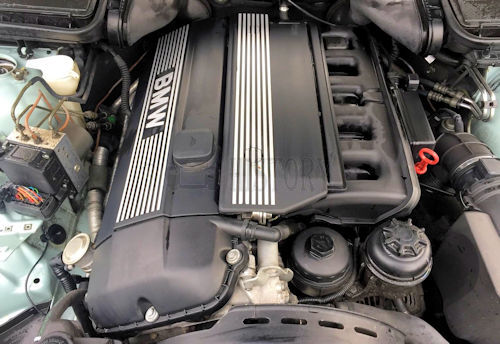 The M50TU adopted the cylinder clearance and bore as well as the intake camshaft VANOS camshaft adjustment system and the cylinder- selective knock control , as well as crankshaft bearing caps and vibration dampers. In the 2.0 and 2.5-liter variants of the M52, the crankshafts were taken over from the predecessor.

The most serious change compared to the previous BMW M50 engine concerned the engine block : while the M50 was cast iron , it was now produced in a closed-deck low-pressure chill casting, with the aluminum alloy for both the engine block and the cylinder head AlSi9Cu3 was chosen. The engine block was thus relieved by 22.7 kg (for comparison: the crankcase weight of the BMW M50 was 48 kg). The crankcase has only the opening for cylinders, oil and water channels. The housing height and the position of the fixing eyes for the attachments are identical to the gray cast iron predecessor.

Depending on the model, the engine weight of the BMW M52 engine was 158 kg (2.0 l and 2.5 l) and 163 kg (2.8 l), respectively , according to DIN 70020-A  . This was achieved by a series of lightweight measures : The connecting rods were facilitated by 80 grams per piece, spring plate and bucket tappets also baconized, the chain tensioner was relieved by 60%, to the stainless steel manifold , which replaced the almost twice as heavy gray iron part. Overall, the 2.8-liter M52 engine saved 31 kg compared to the 2.5-liter M50.

Weight reduction on the example of the 2.0-l engine compared to the BMW M50

Although the change of the crankcase material from pearlitic gray cast iron to an aluminum alloy brought a weight advantage, but the disadvantages of the aluminum alloy (lower strength , lower modulus and thus lower stiffness and unfavorable tribological properties) had to be met by design measures. Thus, the rigidity of the was crankcase increases structurally by increasing the wall thickness and by ribs and the cylinder faces of the crankcase received a wear-reducing Nikasil - coating . This coating of Ni ckel,Ka RBID and Sil Izium is applied in an electrochemical process to the cylinder walls. Here, a special nickel alloy forms the carrier material in which the Siliziumkarbidteilchen are embedded. The result is a hard and wear-resistant surface. A disadvantage is the high sensitivity of the nickel (and its alloys) to sulfur-containing gases, d. H. the nickel sulfide formation at the grain boundaries lead to cold and red brittleness of the nickel.  For the operation of nikasilbeschichteter engines therefore the use of (nowadays in Europe by desulphurization usual) sulfur-free fuel and low-sulfur engine oil recommended.

Among other things, as a result of the sulfur-containing fuel due to wear problems of the cylinder surfaces there were three crankcase variants in the production period of the M52 :

Compared with its M50 predecessor, the M52 uses an aluminium block. However, North American models used iron blocks instead (except in the Z3), therefore the North American M52 is more akin to the M50TU. Like the M50TU, the M52 uses variable valve timing on the intake camshaft (called single VANOS by BMW). 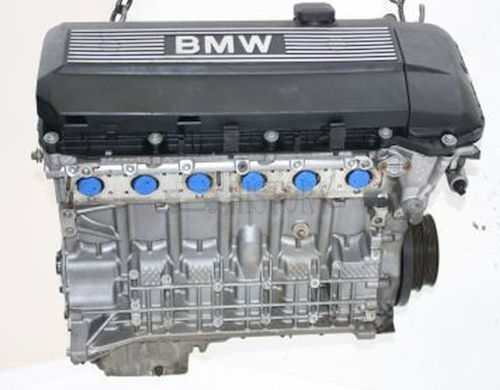 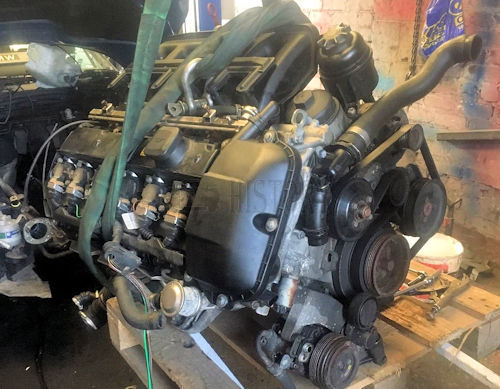 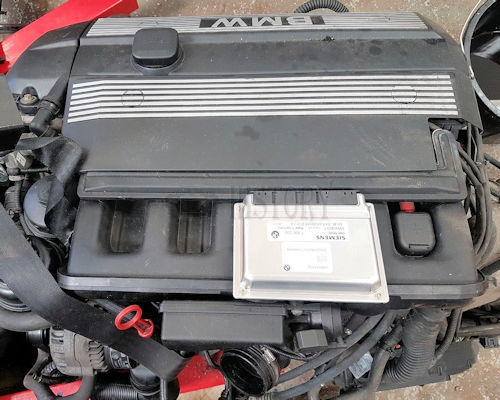 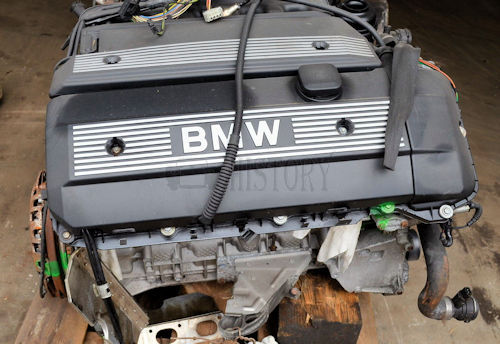 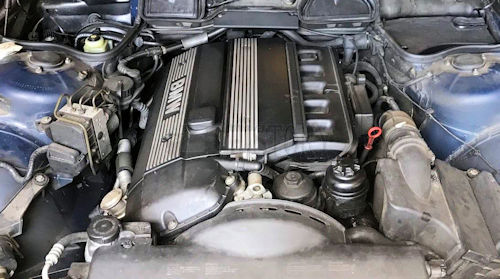 The aluminum M52 engine received criticism in some markets with high levels of sulfur in the petrol during the late 1990s. Sulfur has a corrosive effect on Nikasil and led to many early M52 and M60 engines having premature bore-liner wear. In the USA, the M52 used an iron block (except for the M52B28 in the Z3 which was an aluminum block), so the Nikasil problem does not apply to most M52 engines in the USA.

M52TU engines (which use an aluminium block in all markets) use revised cylinder liners, so are not affected by the Nikasil problem.

For the market launch of the BMW E46 (in February 1998) the M52 was technically revised (TÜ = technically revised). Among other things, these engines featured twin Vanos (except in the E36 Compact from 2/1999 - 2000, where the single vanos were retained) and additional catalytic converters in the exhaust manifolds. From September 1998, the technically revised version was also installed in the BMW E39. The engines were replaced by the BMW M54 .

Basically based on the M52, but with cast iron block, the sports engine S52B32 / US was developed as a successor to the BMW S50B30 / US . The BMW S52B32 / US had (in contrast to the European BMW sports engines) no single throttle valve injection and no further optimizations and only one intake VANOS . It was used exclusively in the US versions of the BMW E36 M3 , the BMW E36 / 7M Roadster and the BMW E36 / 8 M Coupe . He also served as the basis (block) for the Alpina B3.3 and B3.4 based on the BMW E46.

Other upgrades over the M52 include lighter camshafts with more lift and duration, piston rings, valve springs and the exhaust system.