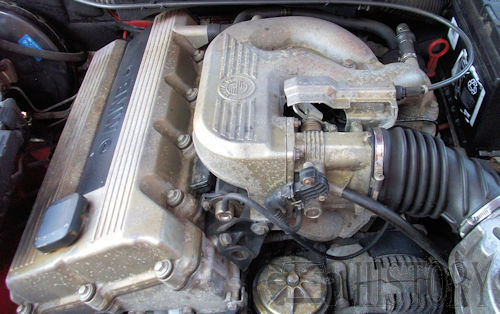 The BMW M42 is a straight-4 DOHC piston engine produced from 1989 to 1996. It was produced alongside the M40 straight-4 engine, as the higher performance engine. It was also used in North American versions of the E36 318i instead of the M40. The M42 was replaced by the M44, which was introduced in 1996.

The M42 was used as the basis for the S42 racing engine, which powered the BMW 320i in the German Super Tourenwagen Cup.

The M42 also incorporates other performance features such as a forged steel crankshaft and welded tubular stainless steel exhaust manifold instead of the more typical cast-iron items. BMW also fitted hydraulic motor mounts to decrease the inline four's inherent noise, vibration and harshness (NVH) compared to the smoother inline sixes already in production at that time.

When installed in the BMW E30, a two-piece oil pan with a removable front sump was fitted to the M42. In this two-piece arrangement, the upper oil pan casting incorporates the oil pump's supply passage, and is sealed to the crankcase oil filter housing with a paper gasket. This can cause problems, because thermal cycles and engine vibration tend to loosen the six 10mm upper pan mounting bolts inside the motor. 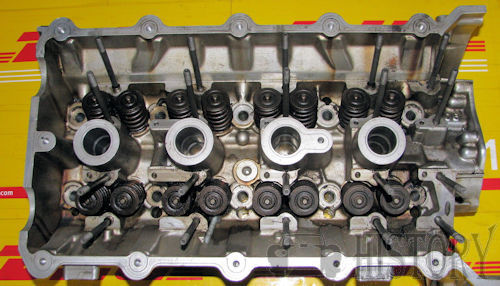 The earliest versions of the M42 developed problems with the camshaft chain drive. The hydraulic tensioner,chain guides, idler wheel and rear lower chain case have all been updated to resolve mechanical wear problems experienced in the early versions of the M42. Since the updated cam chain tensioner is shared with the M44, people commonly refer to the revised tensioner as a "M44 tensioner".

In the final versions of the M42, BMW engineered a dual length intake manifold (called "DISA" by BMW)

Early models of the M42 experienced failures of a profile gasket sealing the lower cam chain case to the underside of the cylinder head. This gasket seals the primary coolant passage within the timing chain case. A significant failure would thus discharge pressurized steam and hot coolant into the timing chain case. In many cases this coolant rapidly contaminates the motor oil in the sump, causing main bearing failure. BMW updated the profile gasket material and instituted a program to repair motors under warranty. In extreme cases, the aluminum mating surfaces in the head and chain case would corrode. 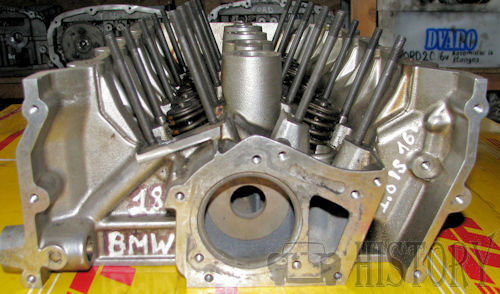 The M42B18 has a displacement of 1,796 cc, which is achieved through a bore of 84 mm and a stroke of 81 mm. The engine uses Bosch Motronic 1.7 fuel injection. Versions equipped with a catalytic converter produce 100 kW and 172 Nm. and meets with Euro2 norms. 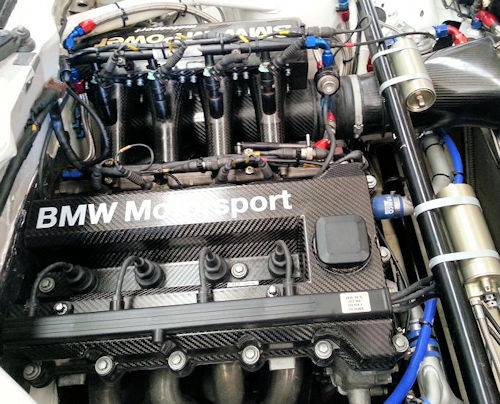 A racing version of the M42 Engine, called the S42 was used in BMW's 320 4-door touring car, participating in the German racing series called STW (Super Tourenwagen Cup). It differed by having individual throttle bodies (ITB) for each cylinder and its capacity was enlarged to 1999 cc. It had eight fuel injectors instead of the standard four. Valve cover and airbox were entirely made of carbon fiber. Lubrication was provided by a dry sump system. Compression ratio was increased and a lightweight head installed.

In its final evolution, this engine develops 158 HP/l.