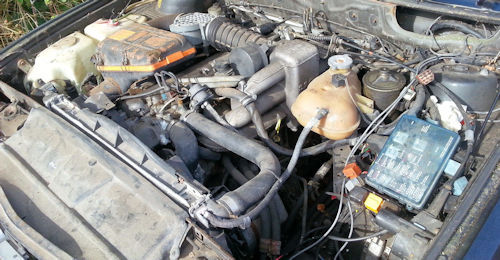 Initially, the engine code was "M06", before it was renamed the M30 in the mid 1980s. The engine has been given the nicknames of 'Big Six' and 'Senior Six', following the introduction of the smaller BMW M20 straight-6 in the late 1970s.

The M30 was originally developed in the late 1960s, loosely based on the straight-four BMW M10 engine first used in the 'Neue Klasse' BMW 1500. Several features, including a profile lowering 30-degree slant to the right, a crossflow head (a gas flow head in later desgins) and a chain-driven single overhead cam with rocker arm valve actuation are common between the M10 and the M30.Further similarities include a cast-iron block with an aluminium head and a forged crankshaft. The first two engines introduced were the 2.8 and the 2.5 litre option, both short-stroke engines sharing a common bore.

The engine block with a cylinder clearance of 100 mm is made of gray cast iron , the crankshaft is mounted seven times.

The cross-flow cylinder head is made of light metal. The by a timing chain , in many variants, a duplex chain, driven overhead camshaft operated two valves per cylinder . By varying the bore and the stroke , engines with 2.5; 2.8; 3.0; 3.2; 3.3 and 3.5 liters capacity.

For mixture formation were carburetor or intake manifold injection ,1979 for the 3.2 and 3.5 l versions of the digital engine electronics, since 1986 in conjunction with the catalyst , to the application. End of the 70s, in the 5 series from the E28 1981, vertically arranged suction systems were used for weight reasons,  . Images injection versions. When the engine was introduced in 1968 new for a soft and also favorable in terms of exhaust combustion as a three-ball swirl tank with volume concentration around the spark plug designed combustion chamber. This also protects the bearings.  Also versions with turbocharger were developed; in series came in the 1980s, the 745i .

As a tuning base, the M30 engine was used among others the companies Alpina , Hartge and Schnitzer .

The M30 was finally replaced by the equipped with four-valve technology BMW M50 (six-cylinder in-line engine, 24V). For the BMW E32 was parallel to the eight-cylinder - V-engine BMW M60 (32V) continue to be offered the M30B30.

The M30 powered a series of BMW 6-cylinder E9 and BMW E24 coupes to European Touring Car Championship (ETCC) throughout the 1970s and into the middle 1980s, even though a more powerful DOHC 24-valve head had been developed for high-performance motorsports and street use.

The BMW M88 high-performance engine is based on the M30 block.

The M90 engine, used in several models from 1979-1982, combines the block from the motorsports BMW M88 engine with the M30's SOHC cylinder head.

This version was produced from 1971 until 1992. It has a bore of 89 mm, a stroke of 80 mm and a displacement of 2986 cc. The first model to use the carburetted version of the 3 litre M30 was the E9 3.0CS. There was also the first fuel-injected M30 version for the CSi and later Si models, which uses the Bosch D-Jetronic fuel injection system.

Without catalytic converter
The version sold in Europe and most other markets used a 10.0:1 compression ratio and produced 160 kW (210 hp).

With catalytic converter
The version sold in markets such as North America and Japan used an 8.0:1 compression ratio and produced 136 kW (182 hp). 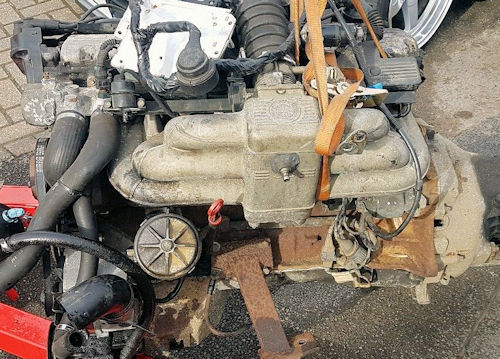