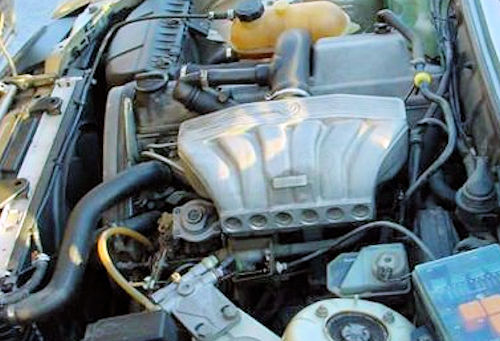 The BMW M21 is a six-cylinder-inline-diesel engine developed by BMW. The engine with swirl chamber injection is based on the otto engine M20 and was produced for BMW by the upper Austrian Steyr engine plant from 1983 to 1991. It was succeeded by the M51.

M21 is a water-cooled  six-cylinder inline engine made of gray cast iron with OHC valve control and vortex chamber injection . The cylinder head is designed according to the cross-flow principle . The camshaft is driven by a toothed belt, and operates two valves per cylinder.  Furthermore, the camshaft also drives the oil pump via a secondary shaft. In comparison with the M20 engine has the M21 reinforced connecting rods, pistons, valves, a reinforced cylinder head as well as increased seven-bearing Crankshaft with twelve counterweights. The M21 was a InstantStart equipped mentioned system that reduces the preheating time as compared to comparable diesel engines. The idling speed is regulated depending on the temperature. The fuel injection is in 1983 to 1987 built variants mechanically and from 1987  built charged variants of the M21 engine of a digital engine control device controlled that provides than the conventional injection control for a better torque.  The injection pump is a distributor injection pump ,  which the fuel pump is integrated.  It is driven by the toothed belt. The engine has a fuel cut . Garret turbochargers without intercooler charge some variants of the M21 engine, the engine with digital control unit has a slightly smaller turbocharger, which improves the response. 1985, BMW pursued the M21 engine as a sucker , which was particularly popular in countries with high car tax.  The naturally aspirated received the digital engine control unit until 1989. When charged M21 85% of the maximum torque are min at 1700 .  In addition to the radiator, the turbocharged M21 has an engine oil cooler. The electric starter provides 2200 W  . The generator is driven like the water pump via the toothed belt. The power steering pump has a separate V-belt.

The M21 is a water-cooled and swirl-chamber-injected six-cylinder-inline-diesel-engine with a cast iron block and OHC valvetrain. The camshaft is driven by a belt,each cylinder has one inlet and one outlet valve. Compared to the otto engine M20, the M21 has reinforced connecting-rods, cylinder heads, pistons, valves and a reinforced crankshaft with seven bearings.

For faster engine startup the M21 has a glowplug system called instant start, which reduces the time to reach starting temperature compared to similar diesel engines. The fuel is injected into swirl chambers.

A Garret turbocharger is used (without an intercooler). Initially, the M21 was only available as a turbocharged engine. In 1985, BMW introduced a naturally aspirated version of the M21, which was popular in countries with a high motor vehicle tax.

Initially, the fuel injection system was controlled mechanically. In 1987, this system was replaced by an electronic diesel control system,which increased the torque output by 10 N·m (7 lb·ft). The updated engine has a smaller turbocharger, which improves response. 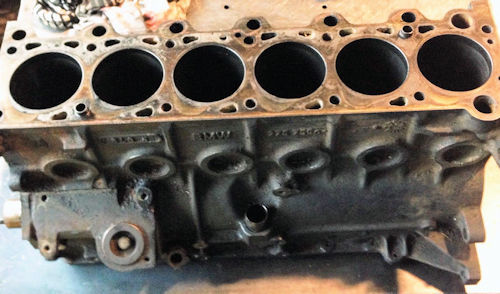