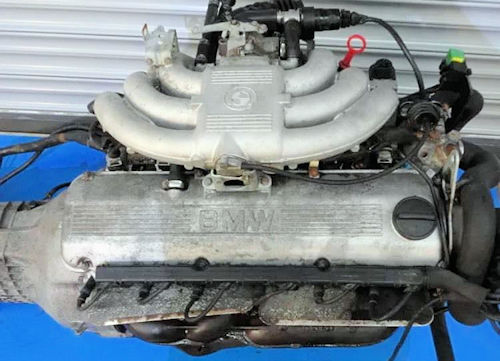 Like the larger capacity M30 engine from which it is derived, the M20 has a SOHC and 2 valves per cylinder. While the M30 camshaft is chain driven, the M20 camshaft and auxiliary shaft are driven by a timing belt. Initially released with a carburetor, later models used Bosch fuel injection.

The BMW M20 was developed in the mid-1970s as a "small" six-cylinder, since the 1968 built "big" six-cylinder BMW M30 was not suitable for the BMW E21 due to its dimensions . The cylinder spacing of the M30 was 100 mm, for the M20 a cylinder spacing of 91 mm was chosen, which resulted in a reduction of the outer dimensions. The basic features were designed by Alexander von Falkenhausen , the engine was ready for series production under Dr.-Ing. Karlheinz Lange. Originally conceived as a 2.3-liter engine, followed in the German market a 2-liter version, in the North American market there was in 1981 a 2.7-liter version, the eta version. Since the performance of the eta engine fell short of customer expectations, BMW was the last of the M20 family to develop a more powerful 2.5-liter engine. The eta engine was also available on the German market from the 1983rd  specifically for the Austrian market the 2-liter M20 was offered throttled with 88 kW.

The BMW M20 was produced starting in 1976 by BMW engine construction in Munich and in parallel from 1982  in the BMW engine plant Steyr . By April 1990, 1.7 million cylinder heads were manufactured for the engine in Munich, whereby the production of the M20 engines in Munich was discontinued in favor of the successor BMW M50 . At the Steyr plant, the M20 was still being built in small numbers. On 27 November 1992 in Steyr ran out of the cylinder head line M20, the last M21 cylinder heads had been made already on 14 February 1,992th  The last motor, the motor assembly M20 / 21 was on 17 December 1992 in Steyr from the tape. At that time, the BMW M20 had already been largely replaced by the built since 1990 and four-valve technology much more modern six-cylinder engine BMW M50.

The engine block is made of gray cast iron.  For all engines, the cylinder spacing is 91 mm. First, a cast crankshaft was used.

The cylinder head made of aluminum is one-piece and designed as a cross-flow cylinder head .For the first time in the BMW was overhead camshaft by means of toothed belt instead of the timing chain driven. The camshaft actuates 2 V-shaped valvesper cylinder via rocker arms .

Depending on the construction time, size and series, a double register carburetor Solex 4A1 (320/6 or 520/6) and later a mechanical ( K-Jetronic ) or electronic ( L-Jetronic / Motronic ) intake manifold injection were used for mixture preparation of the unit Models 320i / 323i / 325i / 520i / 525i. Alpina , Schnitzer and Hartge offered the engine performance-boosted with up to 154.5 kW (210 hp), with the built-in Alpina C2 and B3 M20 versions have 2.7 liter displacement. The hallmark of the BMW M20 with intake manifold injection is the cast intake bridge and the vibrating tube charging system realized with itin which the natural vibration of the air column in a narrow speed range acts as a slight charge. This intake manifold differs only minimally in the respective displacement variants. Greater, though not immediately apparent, changes were experienced in the eta versions (2.7 l). 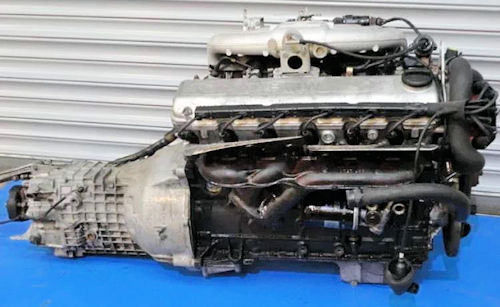 The M20B20 first became fuel-injected in the 1982 520i, with Bosch K-Jetronic used. In 1984, the fuel injection was updated to L-Jetronic. In 1987, the M20B20 was again revised with the addition of Bosch Motronic engine management and a catalytic converter.

The E30 version used L-Jetronic. and initially produced 102 kW (137 hp), which was increased to 110 kW (150 hp) in 1984. The 102 kW version continued to be available in certain markets with strict emissions regulations, such as Switzerland, until replaced by the 325i.

The M20B23 was not sold in North America. 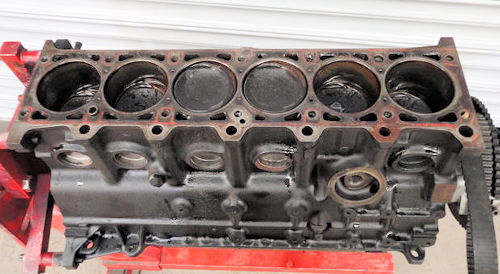 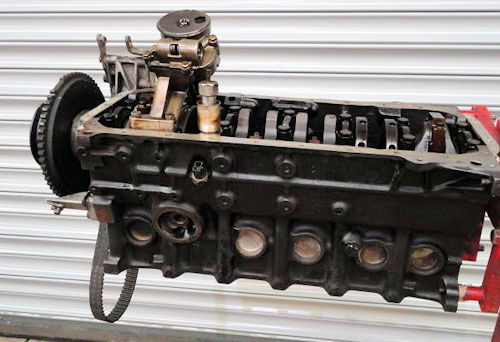 The 2693 cc M20B27 was designed for efficiency (thus the e for the Greek letter eta in 325e) and low-rev torque. Compared with the M20B25, the stroke is increased from 75 mm (3.0 in) to 81 mm (3.2 in). The B27 used the head casting of '200' which had smaller valves, different camshafts, fewer cam journals, and single valve springs to increase efficiency. Due to these changes the rev limit on the B27 was reduced.

The eta engine has longer intake manifolds, changed timing and reduced coefficient of friction compared to the conventional M20 engine through measures such as softer valve springs, reduced piston ring preload and only four camshaft bearings. Due to the large displacement of 2.7 liters, the eta version has a much higher torque at low speeds. The maximum value of 178 Nm of the 2.0-liter engine reached the 2.7-liter engine already below 1000 / min, the maximum value is at 240 Nm at 3250 / min and thus approximately at the level of the time in the 528i or 728i offered "large" M30 six-cylinder with 2.8 liter displacement, which, however, a significantly higher performance (135 kW / 184 hp at 5400 / min) achieved. The eta engine achieves an exceptionally smooth engine run, good starting characteristics and low fuel consumption thanks to its technologically advanced Motronic control unit, which was designed for the 1980s. However, since it does not correspond to the typical BMW character of high-speed engines, the market success of the eta models was limited it emerged 305,982 pieces. 1986, the eta engine was revised. By a modified cylinder head (M20B25 from) the rated power was increased to 95 kW, the final speed was at 5300 min .