The Mark I Mini (1959–1967) was the first version of British Motor Corporation's Mini. It is characterised by its sliding windows, external door hinges and "moustache" grille. In the United Kingdom the Mark I was produced between 1959 and 1967, with production in Australia continuing until 1970.

Designed as project ADO15 (Amalgamated Drawing Office 15), the first models were marketed with the names Austin Seven (often written as SE7EN) and Morris Mini-Minor in England. Until 1962, they appeared as the Austin 850 and Morris 850 in export markets. The production model differed from the original prototype (affectionately named "The Orange Box") due to the addition of a front subframe, on which the engine was mounted, and by the engine being mounted with the carburettor at the back, rather than at the front, as in the prototype, due to carburettor icing.

The proposed engine size was originally 950 cc. However, Leonard Lord, chairman of BMC thought that the 90 mph (140 km/h) top speed was excessive and thus reduced the engine size to 848 cc to gain a more manageable speed (for the time) of 72 mph (116 km/h). Issigonis' suspension featured the use of rubber cones as springs: the spring rate of rubber changes with compression, allowing the suspension to adapt to passenger load variations (a full passenger load could actually double the tiny vehicle's gross weight). A conventional suspension would have required an increase in height to the design. This unique design was adapted from Issigonis's home-built racer and built for the Mini by Alex Moulton.

The Mini was a genuine four seater. This was possible within such a small bodyshell because the engine was mounted transversely, driving the front wheels via a gearbox which was uniquely incorporated into the sump of the engine. Engine and gearbox thus shared the same oil, which was a significant piece of design in response to the 1956 Suez crisis and the fears of future oil shortages. The overall width of the vehicle was reduced, because there was no need to accommodate a separate gearbox across the width of the car and because there was no transmission tunnel in the floorplan of the Mini, there was more space that could be used to accommodate the passengers thus compensating for the reduced width. Overall length was minimized because of the Mini's two-box design, comprising only a passenger compartment and the engine compartment. There was no third box providing a separate luggage compartment (i.e. a boot) and that inevitably compromised luggage space. To offset that problem, large bins beside each of the four seats provided some useful interior storage and a centrally located instrument binnacle allowed the dashboard to be opened up for storage too. The requirement for storage bins in the front doors effectively determined that the Mini should have sliding windows rather than wind-up windows. The tiny 10-inch (250 mm) wheels helped to reduce the intrusion of wheel arches into the interior of the vehicle and allowed a modest amount of additional luggage space in a "boot" area behind the rear seats. Overall the Mini represents some very clever packaging which has often been imitated but has never been bettered

Issigonis' friend John Cooper, owner of the Cooper Car Company and Formula One Manufacturers Champion in 1959 and 1960, saw the potential of the little car, and after some experimentation and testing, the two men collaborated to create a nimble, economical, and inexpensive car. The Austin Mini Cooper and Morris Mini Cooper debuted in September 1961.

The original 848 cc engine from the Morris Mini-Minor was increased to 997 cc, boosting power from 34 bhp (25 kW) to 55 bhp (41 kW). The car featured a tuned engine, double SU carburetors, and 7" disc brakes, a first at the time in a small car. 1,000 of this iteration were commissioned by management, intended for, and designed to meet the homologation rules of, Group 2 rally racing. The 997 engine was replaced by a shorter stroke 998 cc unit in 1964. By the time production of the Cooper model ended in 1967, 12,274 of these popular cars had been sold to the public. A more powerful Mini Cooper, dubbed the "S", was developed in tandem and released in 1963. Featuring a 1071 cc engine and larger disc brakes, 4,030 Cooper S's were produced and sold until the 1071 model was deleted in August 1964. Cooper also produced two models specifically for circuit racing, rated at 970 cc and a 1275 cc, both of which were also offered to the public. The smaller engine model was not well received and only 961 were built with 970 cc engines until the model was discontinued in April 1965. The 1275cc engined models continued through the Mk2 Mini, finally being killed off in 1971 in the Mk3 bodyshell.

The suspension in all UK models was replaced by a Hydrolastic system in 1964. The new suspension created a softer ride, but it also increased weight and production cost; in 1969 the original rubber suspension reappeared except on 1275 GT, Clubman and Cooper S models. Many other production changes occurred over the life of the Mark I Mini.

In Australia, 1965 saw the release of the redesigned Australian Morris Mini Deluxe. The new model featured redesigned doors with conventional interior handles and wind up windows (with quarter vents), hydrolastic suspension, key operated starter, a remote gearshift mechanism (like the Cooper) and the engine was upgraded to the 998 cc version. Production of the Australian Morris Mini Deluxe continued until 1969 when it was replaced with another Australian only model, the Mini K the "K" stands for Kangaroo. The K received the more powerful 1098 cc engine (from the Morris 1100) as well as 4-speed synchromesh transmission and upgraded instruments. It was claimed that the Mini K was produced with 80% local content. Both of the Australia only round-nosed minis were based on the UK Mark I Mini with the production changes from the Mark II Mini never being used in Australia. Production of the round-nosed mini in Australia halted in 1970 with the release of the new Mini Clubman. The Australian Mini Clubman utilised the same locally designed wind up windows and exterior door hinges as the Morris Mini Deluxe. The Australian Mini had wind up windows many years before their British counterparts. 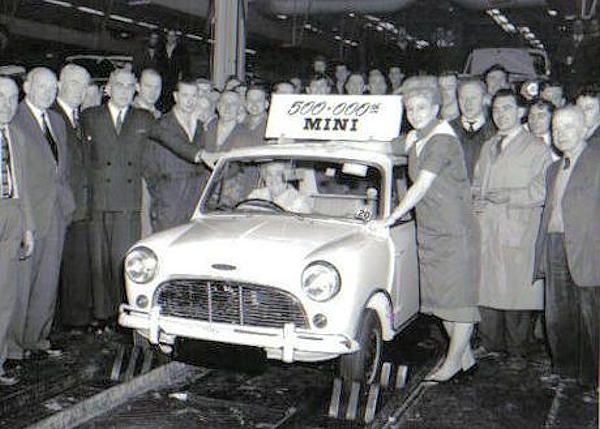 Chassis numbers for production changes are given in italics, where necessary in the format Austin/Morris 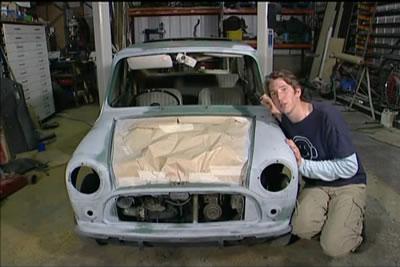 Edd with the mk1 mini in wheeler dealers series 1 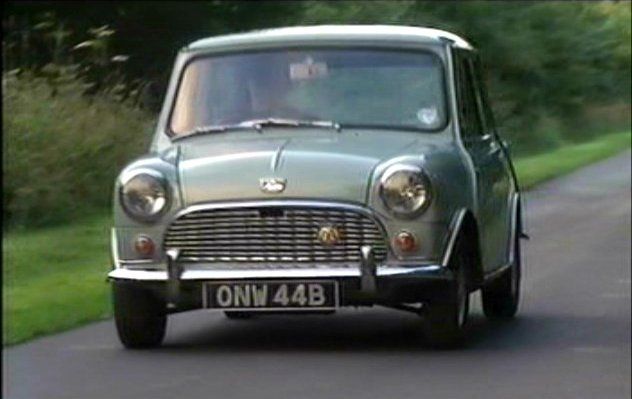