The Austin Montego is a British mid-size saloon car that was produced by the Austin Rover subsidiary of British Leyland (BL), and its successors, from 1984 until 1994. The Montego was the replacement for both the aged rear driven Morris Ital and the front driven Austin Ambassador ranges to give British Leyland an all-new competitor for the Ford Sierra and Vauxhall Cavalier.

On its launch, it was sold as an Austin and also an MG. From 1986, it was sold without a marque following the phasing out of the Austin name.

The Montego started life as a four-door notchback variant of project LC10. Development on the new model, intended to succeed both the Morris Marina and the Princess ranges by the turn of the 1980s, had begun in 1977 but ultimately the new car was not launched until seven years after development had started; in the meantime, the Marina had been updated and rebadged as the Morris Ital from 1980, whilst the Princess had been updated as the Austin Ambassador in 1982. The Honda-based Triumph Acclaim had also been introduced in 1981 largely as a stop-gap to keep potential buyers interested in BL products until both the Montego and the Rover 200-series were launched in 1984.

The Austin Maestro emerged as the five-door hatchback variant. When the designs diverged, the Montego became project LM11 (the Maestro being LM10), and remained based on a lengthened version of the LC10s Volkswagen Golf style front MacPherson strut / rear twist beam chassis. The Montego received different front and rear styling following the replacement of designer David Bache with Roy Axe. It also featured body-coloured bumpers (as did the Maestro), and front wipers which hid themselves under the bonnet when parked.

The Montego offered many improvements over the Maestro, many of which were later incorporated into the latter, such as a new SOHC engine (the S-Series), and a more robust dashboard. As with the Maestro, there was a high-performance MG version which again used the solid-state instrument cluster, trip computer, and synthesised voice for the information and warning systems. The dashboard fitted to the Montego was superior to that originally designed for the Maestro and featured a rally-style tachometer, a service indicator and a representation of the car showing open doors, lights left on, etc. 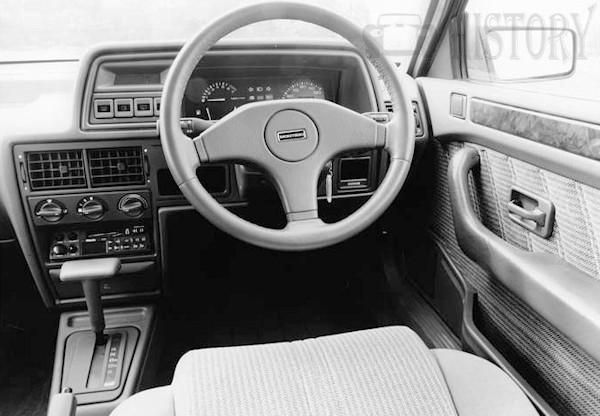 There were originally plans to name it the Rover 400 Series and pre-production cars in Warwickshire were seen bearing "ROVER" badges, and badged as 413i, 416i, 420 and 420i. From 1995, a decade after the Montego was introduced, the 416i and 420i names would be used, but on the unrelated Rover 400 Series.

The Montego was launched on 25 April 1984. It was initially available as a four-door saloon only, filling the gap in the range left by the discontinuation of the Morris Ital saloon two months earlier. However, it would be produced alongside the Ital estate until that model was axed in August 1984.

The estate variant was launched at the British International Motor Show in October of that year. The 150 bhp (112 kW) MG turbocharged variant was released in early 1985 as the fastest production MG ever with a 0–60 mph time of 7.3 seconds, and a top speed of 126 mph (203 km/h). The Vanden Plas version, and featured leather seats, walnut veneer and features such as electric windows, central locking and power door mirrors. 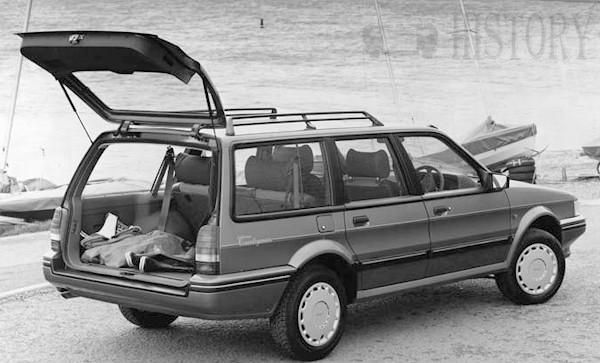 Like the Maestro, the Montego suffered from its overly long development phase, which had been begun in 1975 and which was hampered throughout by the industrial turmoil that plagued both British Leyland and Austin Rover Group during this period. In some ways, the technology was ahead of its time, notably the solid-state instrumentation. However, early examples suffered from build quality and reliability problems. The talking dashboard fitted to high-end models (and initially used to promote the Montego as an advanced high-tech offering) was prone to irritating faults and came to be regarded as something of an embarrassment by BL and the British press. This feature was discontinued after a short period. There were also problems with the early sets of body-coloured bumpers which tended to crack in cold weather at the slightest impact.

Development on the Montego continued. A minor facelift in 1989 enhanced its appeal, which was buoyed up by both the Perkins-engined Diesel model, and the seven-seater version of the "Countryman" estate. The 2 litre turbodiesel (often known by its Perkins designation 'Prima') was a development of the O-Series petrol engine already used in the range. The diesel saloon even won a CAR magazine 'giant test' against the Citroën BX (1.8 XUDT), the then new Peugeot 405 (1.8 XUDT) and Audi 80 (1.6) turbo diesels. They rated the 405 the best car, followed by the BX and then the Montego, with the Audi coming in last. "But if people buy diesels, and turbo diesel for their economy, the winner has to be the Montego. ...its engine is - even when roundly thrashed - more than 10% more economical than the rest. For those isolated moments when cost control is not of the essence, the Montego is a car you can enjoy too. The steering and driving position are quite excellent. ...the suspension as 'impressively refined'. It is silent over rough bumps, poised and well damped."

The turbo diesel became a favourite of the RAF for officer transport. Car Mechanics Magazine ran an RAF officer transport de-mobbed Montego bought from a Ministry of Defence auction in 1996. 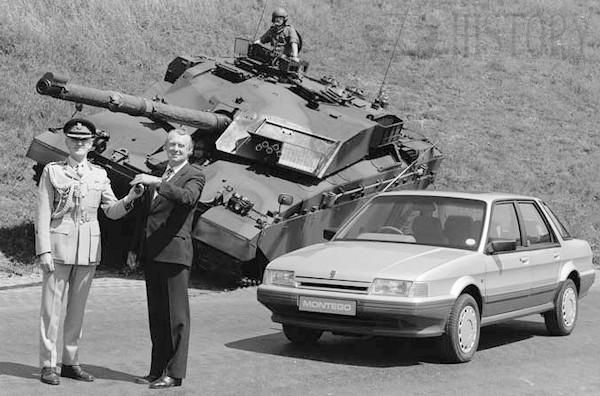 The facelift also saw the phasing out of the Austin name. These late-1980s models had a badge resembling the Rover Viking longship, but it was not identical, nor did the word "Rover" ever appear on the cars.

Though the car failed to match its rivals, such as the Volkswagen Passat, the car sold well to the likes of the Ford Sierra and Vauxhall Cavalier.

By the early 1990s, the Montego was terminally aged, and production effectively ceased when the replacement car, the Rover 600, was launched in 1993, (special fleet orders were almost handbuilt until 1994, while estates continued until 1995). In its final year, What Car? magazine said "Austin Rover's once 'great white hope', Montego matured into a very decent car — but nobody noticed". The chassis development for the Montego and Maestro's rear suspension was used as a basis for later Rover cars, and was well regarded.

Montegos continued to be built in small numbers in CKD form at the Cowley plant in Oxford until 1994, when production finally ended. The last car was signed by all those that worked on it, and is now on display at the British Heritage Motor Centre in Gaydon, Warwickshire. A total of 546,000 Austin/Rover Montegos and 23,000 MG Montegos were produced, with Britain by far being the biggest market for the car.

In all, 436,000 Montegos were sold in the UK between 1984 and 1995. In August 2006, a survey by Auto Express magazine revealed that the Montego was Britain's eighth most scrapped car, with just 8,988 still in working order. Contributing to this, areas of the bodywork that were to be covered by plastic trim (such as the front and rear bumpers) were left unpainted and thus unprotected. In addition, pre-1989 models cannot run on unleaded petrol without the cylinder head being converted or needing fuel additives. The exception being the 1994 cc O series which has sufficiently hard exhaust valves and seats.

The Austin Montego, like many other Austin Rover cars at the time, offered a high luxury model. Sold opposite the MG, the Montego Vanden Plas was the luxury alternative. The Vanden Plas featured leather seats and door cards (velour in the estate version), powered windows, mirrors, door locks and sunroof, Alloy wheels were offered and later became standard on all cars. An automatic gearbox was also offered. It was available in both saloon and estate bodystyles. Most Vanden Plas Montegos were 2.0 litre, either EFi (electronic fuel injection) or standard carburettor engines, some 1.6 litre Vanden Plas were available.

The Montego was sold in several continental European market. In France, the Estate was particularly popular.

In New Zealand, the Austin Montego was launched in 1984. The only models available were the manual 2.0 litre HLS or Mayfair versions, and only in estate form. The sedan version was not offered in New Zealand due to concerns that it would compete directly with the Honda Accord. Also available from 1987 the Montego sedan was sold in the Vanden Plas range with the 2.0 litre fuel injected motor.

From about 1989 onwards, a wider range of models were imported by a new company, Rover New Zealand; this included sedan versions for the first time. Also new were the MG 2.0 range (identical to the MG Montego sold in the UK), and all wore the official MG badge. The main Auckland dealer developed an air conditioning system as an option for these models in conjunction with local specialists. However, the estate version was never sold in the UK with the MG badging. Writing in Classic and Sports Car A-Z of Cars of the 1980s Martin Lewis remarked "Thankfully, BL never had the nerve to build an estate version" of the MG, unaware that such a model had existed.

A version of the Austin Maestro with a Montego front end was briefly built in China by FAW, as the Lubao CA 6410 and as the Jiefang CA 6440 UA Van. This was after the rights to the Montego and Maestro had been sold by Etsong in 2003, who had been manufacturing Maestro variants earlier.

The Montego was sold in India as the Rover Montego in collaboration with Sipani Automobiles - (the company that tried and failed to market the Reliant Kitten in India - a version of the Robin with four wheels and Triumph-inspired front suspension - as the Sipani Dolphin). The car was not a success, selling in limited numbers before being discontinued.

From Mid 1980s until early 1990s, a local importer sold the Montego along with the Mini and Maestro under Austin, then Rover badge.

From 1997–2000, a private importer sold the Montego in this Caribbean nation under the Rover badge. Build quality was poor and the company soon folded. 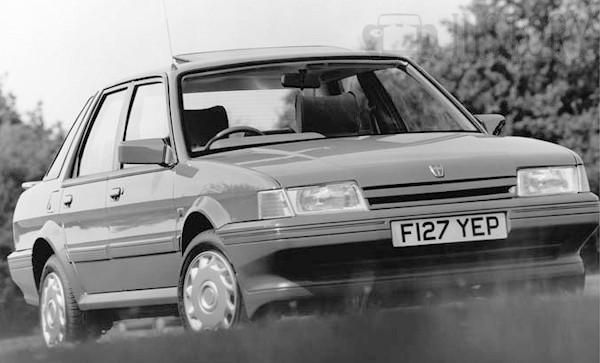