The Austin Ambassador was a medium-to-large hatchback car model introduced by British Leyland (BL) in March 1982. The vehicle was a heavily updated version of the Princess, an ageing model that had lacked a hatchback.Only the doors and inner structure were carried over, but the wedge-shaped side profile betrayed the car's Princess origins, and it was not considered a truly new model. The Princess had been out of production for four months by the time that the Ambassador went on sale.

To some extent a competitor to smaller-engined models of the Austin Rover Group's own Rover SD1, sales were low and the model was discontinued in 1984. 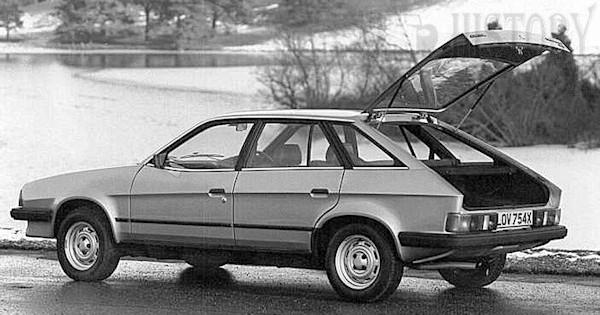 Unlike the Princess, there was no six-cylinder 2.2 litre version; the Ambassador was offered only as a four-cylinder, initially with either a 1.7 litre or a 2.0 litre (single carburettor) variant in "L", "HL" and "HLS" trims. A benefit of not installing the taller E6 engine was that the bonnet could be made lower and flatter, although this meant that the wipers were now no longer concealed (unlike those of the Princess). Instead of the previous premium 2.2 litre models, there were the HLS and later Vanden Plas trim levels, both with a twin-carburettor version of the 2.0 litre engine. In 1983, the 2.0 litre HL was upgraded to also use the more powerful twin-carburettor engine. A four-speed manual gearbox (and automatic) were the only transmissions offered, with commentators citing the lack of a fifth gear (available in other BL models) for the manual transmission, as one of the car's drawbacks.

The Ambassador was only built in right-hand drive form and thus was not exported to continental Europe. Few remain on the road today in Britain; approximately 28 cars. This is out of 43,500 built, compared to around 225,000 for the Princess.Aside from the Ambassador's connections to the lowly repute of the Princess, commentators point out that its sedate image and driving characteristics (and low performance) also militated against its success in a market where performance and taut handling were becoming ever more important. 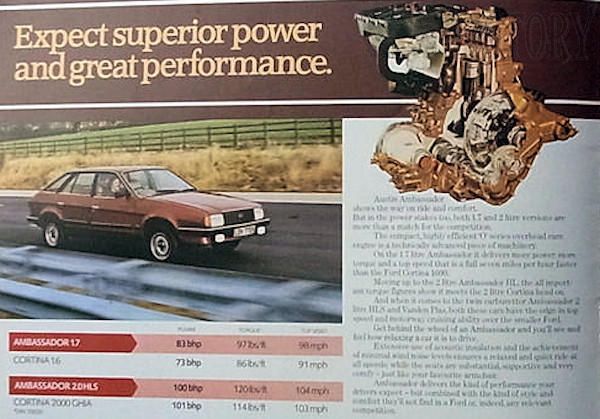 Some components, such as the headlights, were shared with the Morris Ital. Other minor components, including much of the interior trim, was also shared with other BL products, such as the Allegro. The interior was generally not an improvement over that of the Princess, feeling cheap and lacking a rev counter, even in the top HLS model. According to British Leyland, only the front and door skins were directly shared with the Princess. The rear part of the chassis was modified to accommodate the opening hatch, and there were windows in the C-pillars which did make for an airier cabin.

The Ambassador only served as a stop-gap in the Austin range, and it was discontinued in March 1984 (after exactly two full years), with no official replacement. The gap it left in the Austin-Rover range was effectively filled by the slightly smaller Montego, and by the new generation of smaller Rovers. 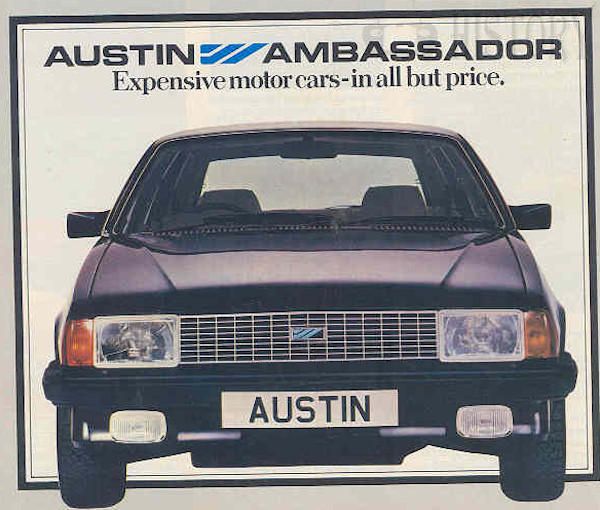 The Ambassador achieved domestic sales of 43,427 in the two years which it was available. Of these 43,427, only around 28 are thought to be still on the road, with around 60 in existence.

As with the Princess before it, Ambassadors were converted by specialist coachbuilders into hearse and limousine variants. 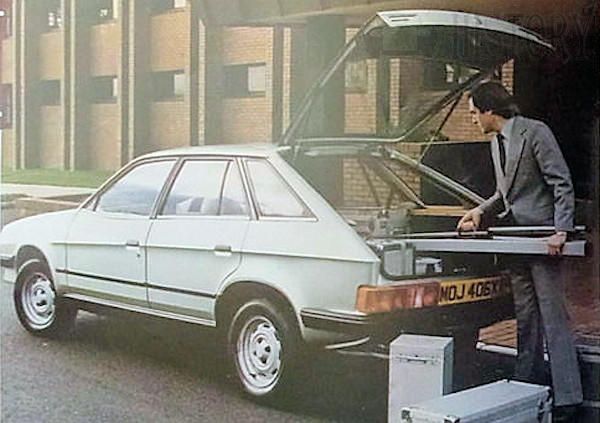