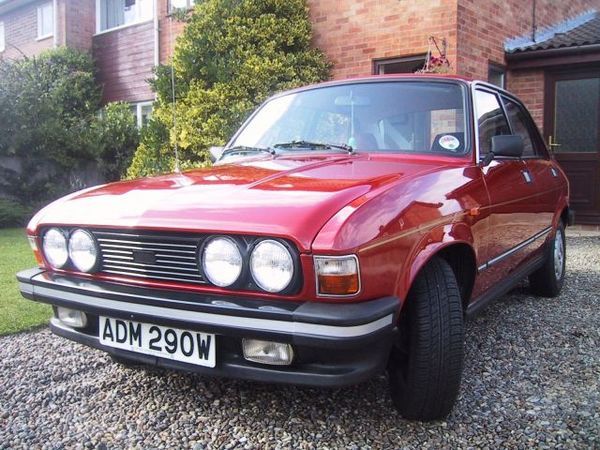 The Allegro 3, introduced at the end of 1979, used the "A-Plus" version of the 1.0 litre A-Series engine (developed for the forthcoming new Metro), and featured some cosmetic alterations in an attempt to keep the momentum going, but by then the Allegro was outdated, competing against the relatively high-tech Ford Escort Mark III and Vauxhall Astra, both launched within a year of the Allegro's facelift.

British Leyland entered the small hatchback market, pioneered during the 1970s by the likes of the Renault 5 and Volkswagen Polo, with its Metro which was launched in October 1980. The Metro would be built at the Longbridge plant, which had just been expanded to provide adequate production for the new car, but with BL hoping to sell more than 100,000 Metros a year in Britain alone, more capacity for production was needed - and production of the Allegro and the Mini were pruned back as a result.

After 1980, it failed to feature in the top 10 best selling new cars in Britain, barely a decade since its predecessor had been Britain's most popular new car, though this fall in sales was compensated for by the large sales figures achieved by the smaller Metro, and as well as that the slightly larger Triumph Acclaim was among Britain's top 10 selling cars by 1982.

Some models of Allegro 3 (the early HL and later HLS models) were equipped with four round headlights, rather than the more usual two rectangular ones.

Allegro production, which had lasted for nearly a decade, finally finished in March 1982. Its successor, the Austin Maestro, went into production the following winter and was officially launched on 1 March 1983

The car was somewhat underdeveloped at the time of its launch, and a number of design flaws plagued the early models. Most of these were fixed in the Allegro 2 edition of the car, launched in 1975.

In spite of all of this bad press, the Allegro was still a very popular car. As late as 1979, six years after its launch, it was the fifth best selling new car in Britain, although sales were falling by the time it was replaced by the Maestro in March 1983. In certain overseas markets it is not uncommon to see Allegros still in daily use.

Sales in its final years were disappointing, and by 1981 it had fallen out of the top 10, as more buyers were choosing two newer BL products: the similar-sized and more viable Triumph Acclaim, and the smaller Austin Metro.

In a July 2008 poll conducted by The Sun, the Austin Allegro was named, "the worst British car ever made".

The poor reputation of the car, and the inefficient production and management techniques in British Leyland at the time at which it was produced, have meant that the Austin Allegro has become associated with waste, inefficiency and poor quality. In Clarkson's Car Years Jeremy Clarkson compares the Austin Allegro to the Morris Marina. He concludes the Allegro was a better (less bad) car than the Marina, because the Allegro was a horrible car in a more original way than the Marina. In 2007, Sir Digby Jones, in criticising the inefficiencies of the Learning and Skills Council, said, "It is what I call the British Leyland model – you put a lot of money in at the top, and an Austin Allegro comes out at the bottom".

In February 2006 it was reported that more than 1,000 Allegros sold in Britain were still registered with the DVLA, a better survival rate than the more popular Morris Marina, most of which were dismantled for parts that were interchangeable with other British Leyland cars such as the MGB, Mini and Morris Minor.