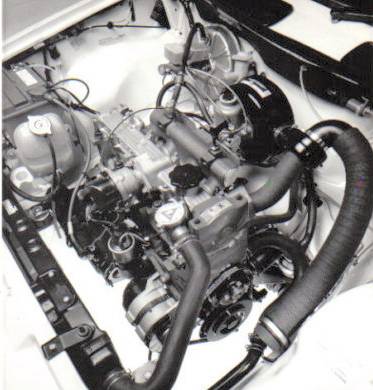 Introduced by BL in 1978 in the rear wheel drive Series 3 Morris Marina and the smaller engined versions of the front-wheel-drive Princess, it was intended to replace the 1.8 L B-Series unit. The main advance over the B-Series was that the new unit was of belt driven overhead camshaft configuration, with an aluminium cylinder head.

Offered in the unusual capacity of 1.7 L as well as 2.0 L, it proved to be reliable and was widely used in BL vehicles. These included the rear wheel drive Morris Ital of 1980 (1.7 L or 2.0 L with an automatic gear box), the rear wheel drive Rover SD1 of 1982 (2.0 L only), and 1.7 L and 2.0 L in the front wheel drive Austin Ambassador — in fact the only engine offered in this model. In 1984, it was reworked for installation in high specification 2.0 L versions of the front wheel drive Austin Maestro and Austin Montego, where it was later optionally available with fuel injection or turbo-charging. This installation of the O-Series was adapted for use with the Honda PG-1 end-on manual gearbox, replacing the gearbox-in-sump design traditionally used on British Leyland front-wheel-drive products. The 1.7 L O-Series was not used in these vehicles, which featured R- and later S-Series 1.6 L units.

In 1986, BL collaborated with Perkins to convert the O-series to run on diesel. The oil-burning versions, known as the Rover MDi or Perkins Prima, proved to be highly successful in the Maestro and Montego, and helped sustain the ailing mid-sized models into the 1990s. Perkins successfully marketed the engine under its own brand in the industrial and marine sectors.

Examples of vehicles using a version of the O-series engine: