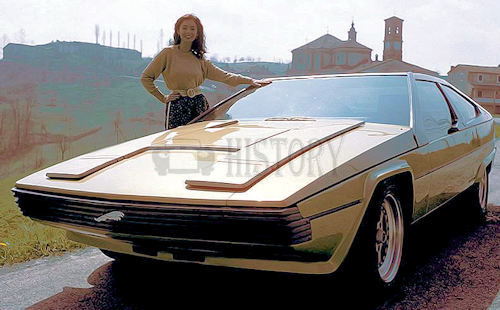 Bertone unveiled at the Turin Motor Show in 1977,the Jaguar Ascot Concept .

The Ascot featured a full-width grille with air filters separate on the longer H-shaped bonnet. A lower lip spoiler formed a surface that ran around the front of the car and over each angular front wheel arch. with the popular for the time wedge shape and pop-up lamps.

The Ascot was based on the XJS' platform, a 2 door four-seater Jaguar coupé,  with a shortened wheelbase of around 200mm. The right-hand drive concept also used the Jaguar's 5.3-liter V12 and automatic transmission.

The rear arches were cut off in signature Gandini style, while the contrast-colored A-, B- and C-pillars The car was painted white for its show debut, but was resprayed gold at a later point.

Unlike the XJS, the Ascot The concept was hatchback featured hand-made aluminum body panels, rather than steel, making it lighter. 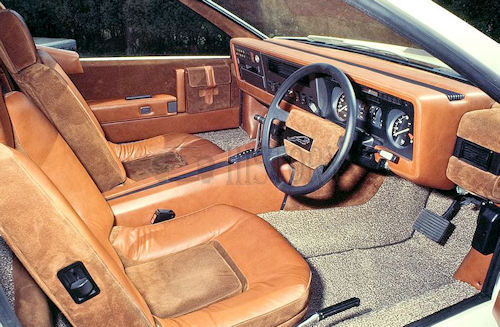