In late 1957 a new derivative model was introduced, using a 30 bhp (22 kW; 30 PS), Excelsior three-cylinder 492 cc engine with triple carburettors. This engine configuration was made possible by the vertically split crankcase of the Excelsior engine and modular crankshaft and barrels, which made adding a central cylinder relatively easy. A four speed gearbox was standardised. The top speed was now 80 mph (130 km/h). The production ran from October 1957 to March 1959 with chassis numbered 1 to 666. From about October 1958, in order to coincide with the introduction of the 'Foursome' (see below), they were renamed the ‘Twosome’. Also at the 1958 Motor Show a Fixed Head (or Hardtop) was announced and displayed that had external as well as the usual internal door handles, but there are no records that this body style actually reached production.

It is probable that cars pre chassis number 120 (approx), about April 1958, had similar bodies to the early Berkeley “Sports” cars. Cars from about April 1958 to the end of production had vertical front door edges and internal door hinges, as well as body moulding and a few mechanical changes. Early cars were fitted with the four speed TR gearbox whilst later cars had the larger and stronger VR gearbox.

The cars enjoyed some success in Motor Sport and Giovanni Lurani bought three which he took to Italy, fitted them with his own design of hardtop, and running them in the 750 cc GT class, one driven by Lorenzo Bandini finishing first in the 1958 Monza 12 hour race. 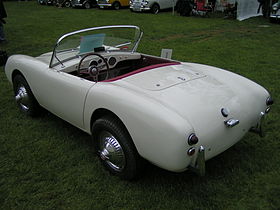 Reliability, always questionable with the aircooled two-strokes, became more of an issue with the extra heat generated by the triple, and there are many recorded reports of warranty claims. At one point the US authorities appear to have stopped a shipment of Berkeleys at the dock pending rectification of what they considered a serious design issue. There seems little doubt that profitability of the Berkeley programme was impacted as a result of these claims and the aggressive export drive to markets not familiar with the eccentricities of British sports motoring 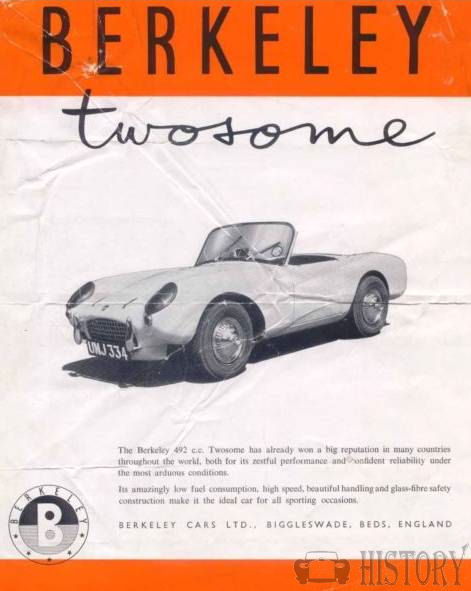