After 163 of the SA322 cars had been manufactured, a change was made to the SE328 model with a 328 cc Excelsior engine offering 18 bhp (13 kW; 18 PS). The production run ran from Jan 1957 to April 1958 with chassis numbers from 164 to 1422, many being exported to the United States where it sold for approximately $1600 (equivalent to $13.1 thousand today). The manufacture touted the number 70, meaning it could reach 70 mph and had an average fuel economy of 70 mpg. The export model was differentiated by having separate headlamps whereas on the home market they were faired into the wings, although the export type lamps could be specified.

Early cars from Jan 1957 to about chassis number 476 in June 1957 still used a column gear change. During their production run a Deluxe model was offered which was bodily the same but featured polished wheel trims and spinners, tachometer and twin carburettors. The chassis plate was similar to the Anzani type on the early cars but was later changed to a printed type fitted to the bulkhead above the brake master cylinder. The printed type chassis plate had type ‘SE328’ printed on it. Most of these cars had the three-speed gearbox similar to the Anzani except for the mounting flanges. All of the cars had the sloping leading edges to the doors. 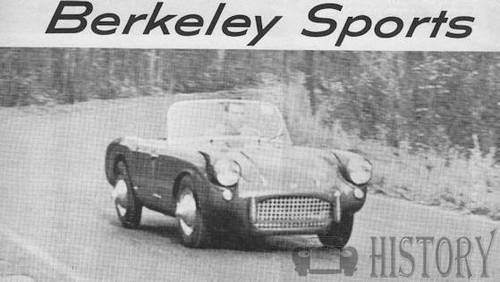 The SE328 enjoyed considerable success and press exposure through their involvement with lightweight motor racing, and their famous drivers included Pat Moss who drove one in the 1958 Liège-Brescia-Liège rally for cars up to 500cc. The Berkeley team – a works-supported entry of six cars including BBC commentator Robin Richards – led as far as Slovenia, but slow climbing in summer heat found their weakness and Pat ended up being towed back to Italy by another Berkeley. None of the Berkeleys finished the event. 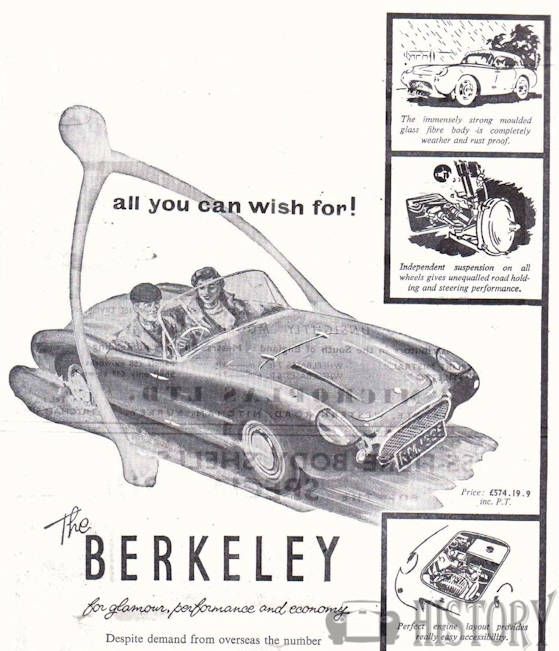