The B95 and B105 models were launched at the 1959 Geneva Motor Show and boasted more power from twin-cylinder Royal Enfield 692 cc four-stroke engines, with the 40 bhp (30 kW; 41 PS) Super Meteor engine in the B95 and the 50 bhp (37 kW; 51 PS) Constellation unit in the B105 which could reputedly exceed the magic 100 mph (160 km/h). The engines featured Berkeley-design primary chain cases to accommodate a Lucas Bendix starter motor, an external Lucas dynamo mounted above the gearbox, and a duplex (or double-row) chain drive to the differential. Kerb weight increased to 402 kg (890 lb). B95 engine numbers have the unique prefix 'SMTB', while B105 engines are prefixed 'SMUA'.

The prototype car was SE492 chassis number 638, which was modified to add bracing to withstand the extra power and weight of the four-stroke engine, a taller bonnet (US hood) with large grille to accommodate the engine, and unfaired headlights. In mid-February 1959 this car spent two weeks at the Royal Enfield factory, during which time it covered 500 miles of general road use and 1,000 mi (1,600 km) of endurance testing at MIRA.

By the time of the press release announcing the launch of the B95 in March 1959, a further 2,500 mi (4,000 km) of road and track tests had also been carried out by Berkeley factory drivers. Perhaps to address the reputation for breaking down that the two-strokes had developed, especially in export markets, it was emphasised by the factory that during this testing there had been no involuntary stops or any form of mechanical failure, and that further testing would be performed until a total of 15,000 mi (24,000 km) had been completed.

About half of the four-stroke cars were exported, and both the B95 and B105 were in production at the time the company was declared insolvent in December 1960. A few cars were assembled from parts following the factory's closure. 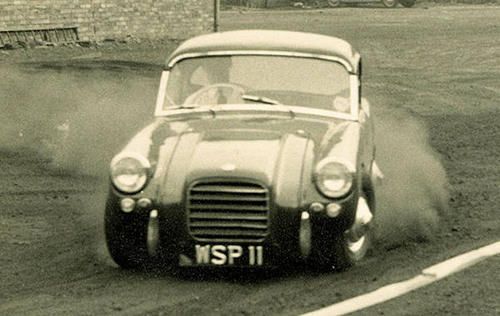