For 1961 the intention was to move into the mainstream sportscar market with the Bandit designed by John TojeiroThis was to be powered by the 997 cc Ford engine (as in the 105E Anglia) with Berkeley-designed MacPherson strut front and independent rear suspension. The car had a complex sheet steel chassis, braced by a GRP floor which was riveted to it, and boasted 8in diameter Girling disc brakes at the front. This made the design more conventional than earlier models, but still retaining a distinctive design and relatively light weight.

The cost of the development programme exacerbated the financial difficulties facing the company at the end of 1960, and despite active involvement in the project from Ford the Bandit failed to survive Berkeley's insolvency. Only two prototypes were produced; the original Motor Show and press car registration number 700CNM, which has since been restored, and a second prototype car registered YRX292, which had a 1340cc Ford Classic engine. This car was sold in Dursley in 1966 and was last seen in Swindon in the late 1960s.

The car was to have sold for £798, equivalent to about £13.2 thousand today,which would have made it more expensive than the Mini and Austin-Healey Sprite 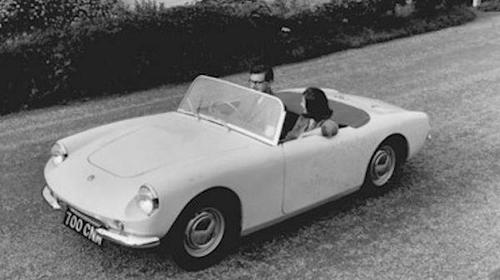