The Bentley Mark V was Rolls-Royce's second Bentley model. Intended to have been announced at the Earls Court Motor Show set down for late October 1939 it had little in common with its predecessor. War was declared on 3 September 1939 and a few days later Bentley announced it had ceased production of civilian items.

The Mark V was sold only as a bare chassis to be clothed by an owner's own coachbuilder. It proved to be the last Derby Bentley, after the war production moved to Crewe. Park Ward would be the coahbuilder once the cars went into production

It was a new design with very deep side rails to reduce flexing and to cope with the changed loads resulting from a totally redesigned front suspension. The components sold with it had been revised too. 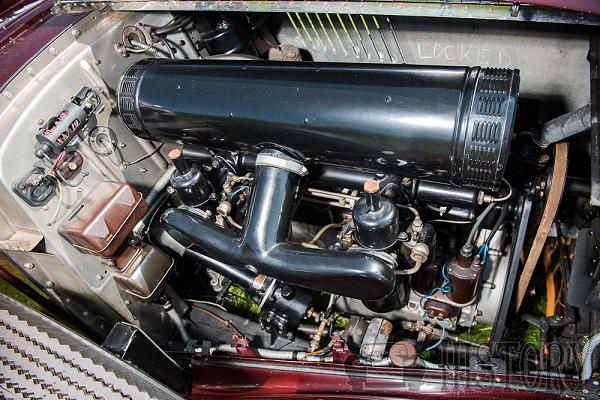 A new-generation straight-6 F-head (overhead inlet, side exhaust valve) it differed from its predecessor by having redesigned big end and main bearings using an improved alloy, improved tappets and a more efficient drive to the timing gear. Piston crowns were raised and rectangular combustion chambers provided. Externally an oil filter was mounted on the forward right hand side. Without a beam axle the engine could be mounted further forward and particular care was taken to mount it so as to reduce noise and vibration to the passengers. 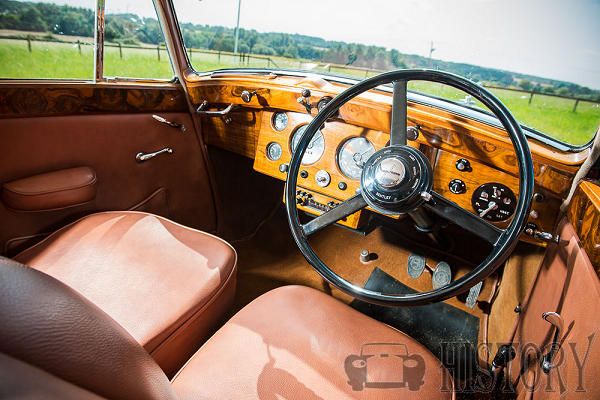 Syncromesh was provided on all ratios but first and reverse. Previously it had been provided on just third and fourth speeds. This proved a very welcome refinement adding greatly to the pleasure of driving the car. The gear change lever was moved backwards closer to the driver by the seat squab, cutting back on the chances of finding cold steel up the trouser leg as the driver tried to get in or out. The clutch employed an improved design. A new divided transmission shaft eased potential vibration problems.

This was the first Bentley to dispense with a leaf-sprung front beam axle. It followed Rolls-Royce's lead from 1936 and instead used a new design of independent front suspension in its completely new chassis. Low rate open coil springs sat within pairs of triangulated wishbones holding the front wheels at their outer point. The upper wishbones acted on a piston-type hydraulic damper, the arms at the bottom were set wide apart so that the rearward one could act as a torque member under braking. These assemblies on each side were linked by a strong anti-roll bar.

By Girling using Rolls-Royce's mechanical servo assistance. 57% of the effort was now applied to the front of the car.

The true forerunner of the Bentley Mk VI, though not yet using the inlet-over-exhaust-valve engine, was the Mark V Model, killed off by the outbreak of the Second World War. Only 14 such cars were built late in 1939. The wheelbase of the chassis was shortened for the Mk VI, but basic layout was not changed. 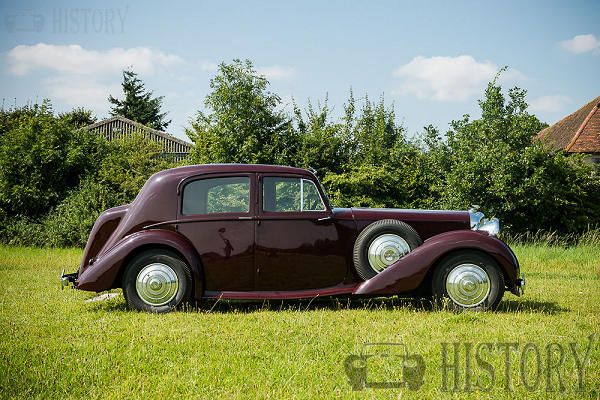 Some consider Marks 1, II and III to have been Rolls-Royce development vehicles and therefore Mark IV the first Derby 3½-litre and 4¼-litre Bentleys. Mark V follows naturally from that but Mark VI became the last.

A lightweight and aerodynamic Corniche model was planned, but the outbreak of World War II halted development work and the concept finally emerged more than a decade later as the Bentley Continental in 1952. Weight was critical, tyre designs of the day could not safely support bigger cars at the continuous high speeds then becoming achievable on the Continent's new motorways. This first 4-door sports saloon had a body designed by Georges Paulin and built by Vanvooren of Paris. While in France it was seriously damaged when rolled-over. Left on the quayside at Dieppe it is believed it was destroyed by bombing though the chassis may have returned to Derby. A copy of this car is currently being recreated by the Rolls-Royce Heritage Trust in Derby. A special streamlined mascot was designed by Georges Paulin after being commissioned by Alex Harvey Bailey. 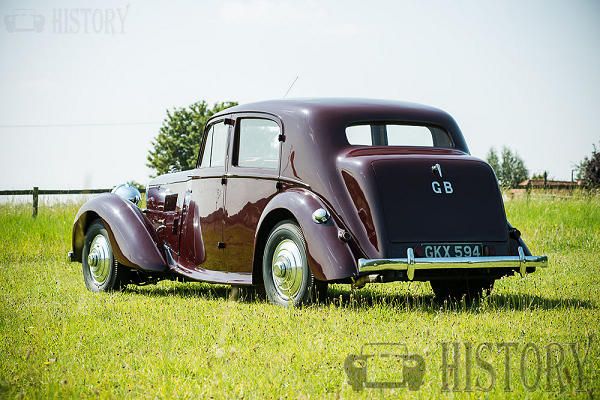