The Bentley Turbo RT was the last, rarest, most powerful and most expensive of the Turbo line. The Bentley RT came with the 400 bhp (298 kW; 406 PS) twin-turbo 6.75 L V8 engine of the two-door Continental T installed. It is visually differentiated from other Bentley Turbo models by its sport wheels, radiator mesh grille and colour-coded bumpers with bright mesh inserts. Performance was sufficient: with a top speed limited to 150 mph (240 km/h), the ultra-luxurious Turbo RT was nearly as fast as the sporting German luxury saloons of the time.The car's base price was US$ 211,600, or roughly US$65,000 more than the Turbo R. 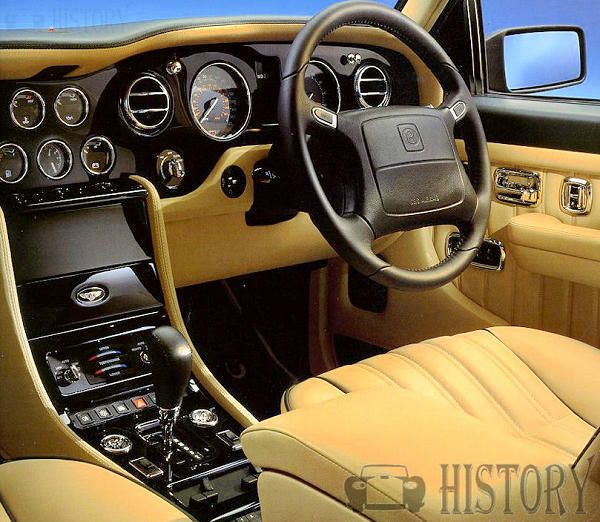 The Turbo RT was produced during 1997 and 1998 only, with 252 units produced. It was essentially a "runout special", an effort to sell of the last Mulsanne style bodies before the introduction of the Arnage.

A few even rarer editions of the RT were made:

The Bentley Turbo RT Olympian: in 1998, London dealer Jack Barclay agreed to have a small number of cars built to incorporate many special features. These are probably the rarest of version of the RT- although not officially recognised as such, therefore the RT Mulliner commands a much higher premium. These were sold as the Bentley Turbo RT Olympian. They can be identified by the five-spoke alloy wheels (borrowed from the 'Mulliner' version) and the "Olympian" boot badge. It is estimated that only four examples of this version were ever built. 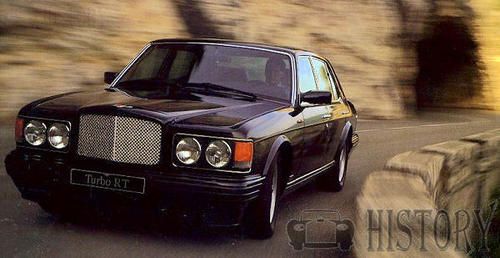 The Bentley Turbo RT Mulliner: The Mulliner version, available only by special order for the 1998 model year, was even more exclusive and expensive. It boasts a 420 bhp (313 kW; 426 PS) engine with a torque output of 634 lbft (861 Nm): this was achieved by developing a new compressor for the turbocharger, remapped engine management system, and modifications to the air intake system. Visually, Mulliners have more aerodynamic, rounded bumpers with prominent venting and often foglamps, as well as flared fenders to accommodate a wider track and larger 18-inch alloy wheels, sitting on low-profile 255/55 tires. Each car was built to individual specifications, with many sporting side and bonnet vents and also the smaller Mulliner rear window. One popular feature in Mulliners is a prominent speedometer for the rear passengers. 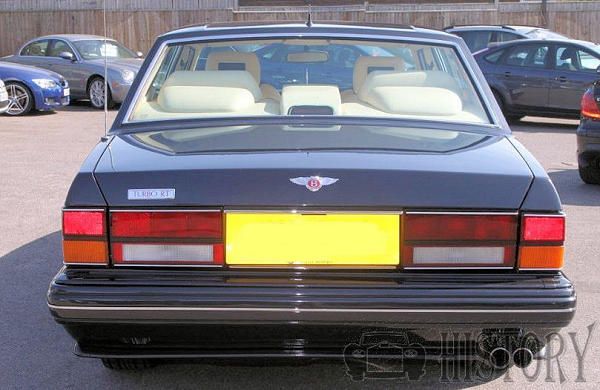