The Bentley 3 Litre was a sports car based on a rolling chassis by Bentley. The 3 Litre was Bentley's first car. Introduced in 1919, the 3 Litre chassis was made available to customers' coachbuilders from 1921 to 1929. It was for a large car compared to the tiny, lightweight Bugattis then dominating racing, but its innovative technology and strength made up for its weight. The 4000 lb (1800 kg) car won the 24 Hours of Le Mans in 1924, with drivers John Duff and Frank Clement, and again in 1927, this time in Super Sports form, with drivers S. C. H. "Sammy" Davis and Dudley Benjafield. Its weight, size, and speed prompted Ettore Bugatti to call it "the fastest lorry in the world."

The 3 Litre was delivered as a running chassis, with Bentley referring many customers to Vanden Plas for standard bodies. Most were tourers, but some variety was inevitable with custom coachwork. Customers included Prince George, Duke of Kent, Gertrude Lawrence, and Beatrice Lillie. 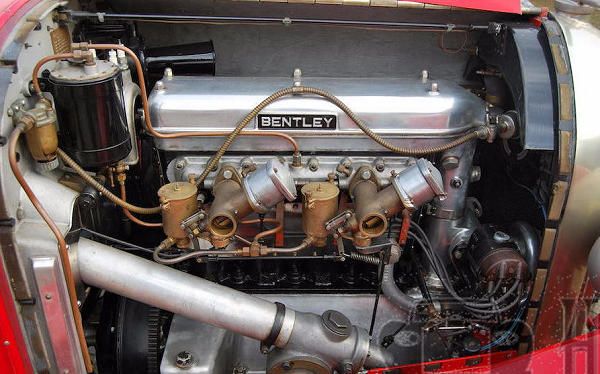 The 3.0 L (2,996 cc/183 cu in) straight-4 engine was large for its day, but it was its technical innovations that were most notable. The engine was one of the first production car engines with 4 valves per cylinder and an overhead camshaft. The bevel-geared shaft drive for the camshaft was designed by ex-Royal Flying Corps engineer Clive Gallop.The engine was also among the first with two spark plugs per cylinder, pent-roof combustion chambers, and twin carburetters. It was extremely undersquare, optimized for low-end torque, with a bore of 80 mm (3.1 in) and a stroke of 149 mm (5.9 in). To increase durability, the iron engine block and cylinder head were cast as a single unit.

A four-speed gearbox was fitted.

On the early cars the brakes operated on the rear wheels only but, from 1924, four wheel brakes were used.

There were three main variants of the 3 litre and they became known by the colours commonly used on the radiator badge. There is, however, no definitive rule controlling badge colours and the factory would supply any colour requested. 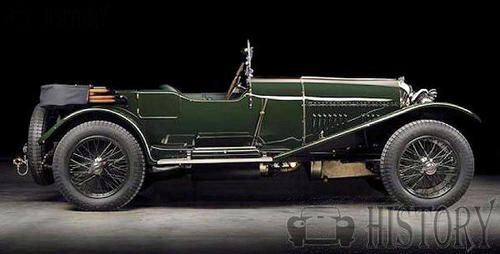 The 3 Litre car was shown at the 1919 London Motor Show, but the engine had not yet been finished. It took two years to get the engine right, with the first customer delivery in September 1921. Production lasted through 1929, by which time the car had been surpassed by Bentley's own 4½ Litre car. 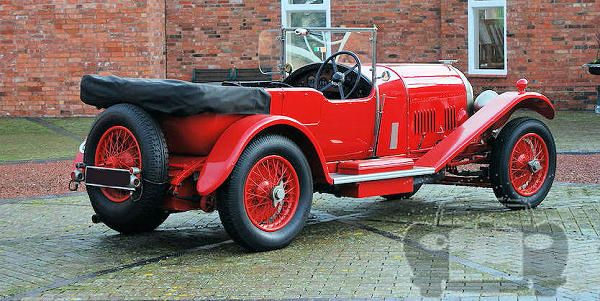