The Bentley Continental GT is a two-door 'two plus two' grand touring coupé released in 2003, replacing the previous Rolls-Royce-based Continental R and T. 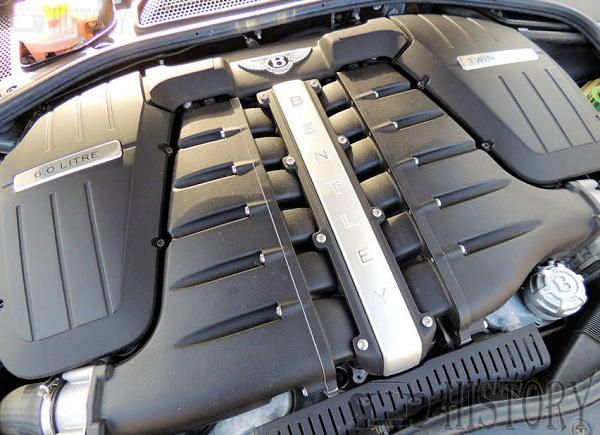 One notable aspect of the Continental Flying Spur is its grille. Made to look like traditional chromed brass mesh, it is a metal-covered plastic-core. This was fitted as a safety feature; it is designed to break apart upon impact with a pedestrian.

Early 2013 saw Bentley introduce the latest variant of the Bentley Continental GT Speed, which has been refreshed with a face-lift as did the standard Continental GT. Power has been bumped up to 616 HP and 800 NM of torques pushing it to a top speed of 205 MPH. 0-62 MPH now takes only 4.0 seconds and this has been said by Bentley to be the fastest 2-door coupe that they have ever produced.

Unveiled in the 2008 Geneva Motor Show, the Continental GTZ is a rebody option by coachbuilder Zagato.

Released in 2009, it incorporates the same engine as the GT Speed and the Flying Spur Speed

In April 2010, Bentley announced a convertible version of the Continental Supersports. Pricing starts at $280,400, and went on sale in the Summer of 2010. The convertible gets the same engine as the coupe, but will receive a revised version of the ZF 6HP26 transmission with "Quickshift," cutting shift times by 50% and enabling double downshifts. The convertible also gets new, lightweight 20-inch alloy wheels that are 22 lb (10.0 kg) lighter than the standard wheel. In February 2011, Bentley succeeded in breaking their own land-ice speed record previously set by the Continental GT. They managed to bring a slightly modified Supersports Convertible to 205.48 MPH in Finland, verified by the Guinness World Records

In early 2007, a Bentley Continental GT Speed equipped with Nokian Hakkapeliitta Sport Utility 5 studded winter tyres and driven by four-time World Rally Champion Juha Kankkunen, broke the World Speed Record on Ice - on the frozen Baltic Sea near Oulu, Finland. It averaged 321.6 kilometres per hour (199.83 mph) in both directions on the "flying kilometre", reaching a maximum speed of 331 km/h (205.67 mph). The previous record was 296 km/h (183.9 mph), achieved with a Bugatti EB110 Supersport. The record-breaking Bentley was largely standard except for a roll-cage, aerodynamic improvements, and low-temperature fuel and calibration.

On February 15, 2011 Kankkunen broke the record again, reaching an average speed of 331 km/h (205.67 mph) in a convertible Bentley Continental Supersports. Bentley announced that a limited edition of the car would be released to celebrate the achievement. It seems that Bentley provoked the former tyre supplier by attempting a new record with a different brand because, on March 6, 2011, Nokian Tyres test driver, piloting an Audi RS6 with Nokian Hakkapeliitta 7 studded tyres, took the ice speed record in Finland, clocking a top speed of 206.05 mph (331.61 km/h) in freezing conditions. 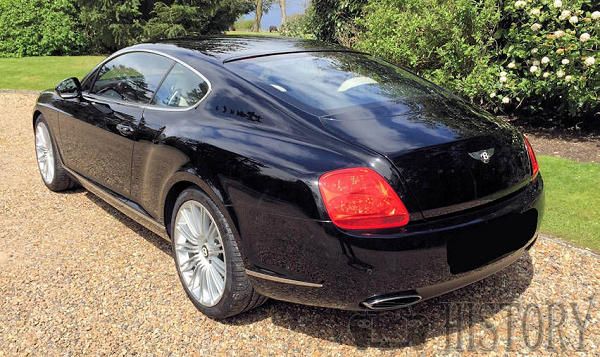