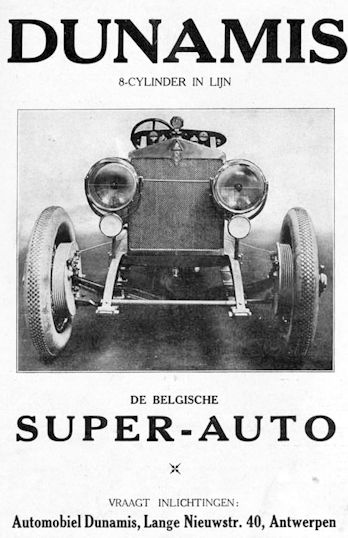 Automobiles Dunamis was a Belgium car brand in the 1920s.

Between 1922 and 1924  , the company Miesse also established the Dunamis vehicles brand. For Automobiles Dunamis, under the direction of Theo Verellen emerged only two prototypes, which were exhibited at the Brussels Motor Show of 1922 and 1923.

It was a luxury vehicle. The eight-cylinder in - line engine with 3386 cc capacity was mounted in the front of the vehicle and drove the rear wheels with a three-speed gearbox Only the two prototypes they were built and assembled in the MIESSE factory .