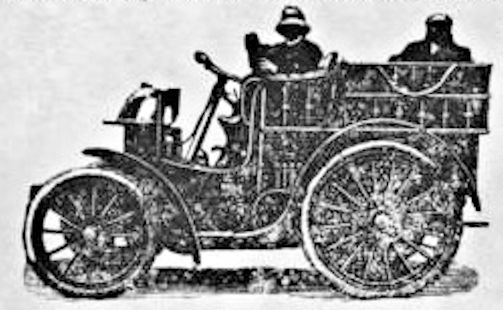 Établissements Snoeck was a early Belgian manufacturer of automobiles from Ensival at Verviers . The brand name was Snoeck .

The company was founded in 1863 and produced textile machinery. In 1899, a license agreement for the production of automobiles was signed with the French automobile manufacturer De Riancey . However, it is unclear whether automobiles were actually produced after license De Riancey.

Already in the same year, vehicles were produced under license from the French car manufacturer Bolide .

In March 1902, at an exhibition in Brussels, the small car 8.5 CV with a two-cylinder engine, three-speed gearbox and cardan drive, the larger models 12 CV , 16 CV and 24 CV were also presented with cardan drive and two truck models .

Along with commercial vehicles built, the cas also successfully raced at the time.By the end of 1902 ended the production of motor vehicles and continued textile machines for some time.