Automotive manufacturer of Brussels .Belgium From 1960 to 1980. 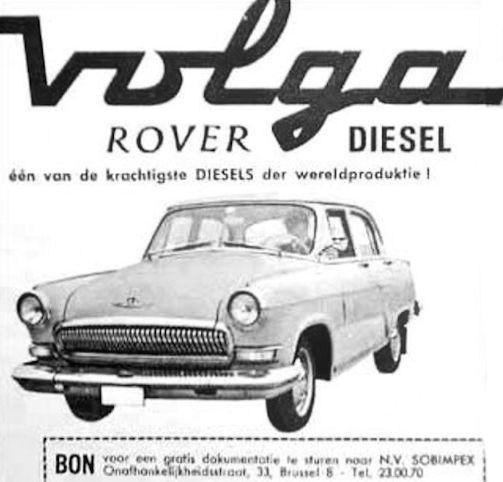 Scaldia was a Belgian assembly company for automobiles . The brand names were Scaldia , Moskvitch and Volga .

The company Sobimpex NV of Brussels concluded a contract with the for the production of 1959 Moskvitch and Volga competent Ministry in Moscow and began 1960 in Antwerp with the production of automobiles. In 1965, it was renamed Scaldia-Volga SA Later began the import of Saporoshez vehicles that were marketed as Yalta and ZAZ and Lada . 1980 ended production.

The company purchased from the Soviet Union vehicles of the original manufacturer, without the engine was missing and the gearbox.The Moskwitsch-408 received a diesel engine of Perkins with 1620 cc capacity and 43 PS output.

The successor model GAZ-24 Volga was also assembled in Belgium. At the 1971 Brussels Motor Show also a version for LPG .