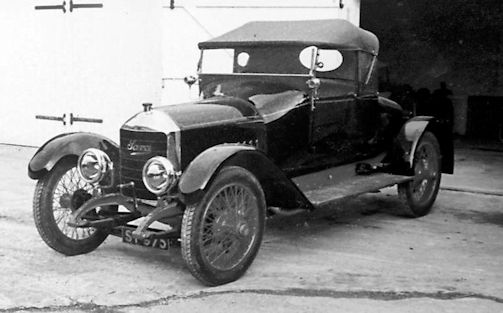 The Société Anversoise pour la Fabrication de Voitures Automobiles was a Belgian manufacturer of automobiles from Berchem near Antwerp . The brand name was SAVA .

The company was founded in 1910 by Société Anonyme Royal Star , which produced cars and motorcycles.

AVA will produce on order of the Belgian Minister of National Defense mobile armored machine guns.

In 1923, the competitor Minerva took over the company and used the factory for parts.