Automotive manufacturer of Antwerp ;Belgium From 1953 to 1954. 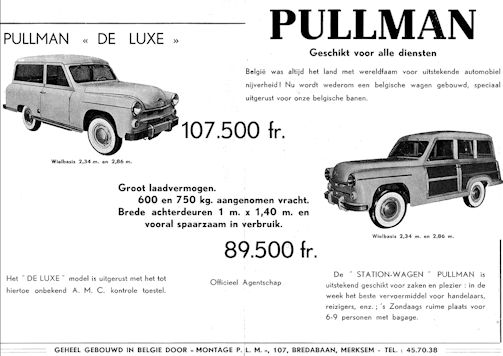 Poelmans Merksen was a Belgian manufacturer of automobiles in the 1950s . The brand name was PLM .

The company from the Bredabaan in Merksem began in 1953 with the production of automobiles.

The model was a estate station wagon also avaliable as a woodie wheelbase was 2.34 or 2,86 meters with room for 6 to 9 people . The drive was provided by a four-cylinder engine with a displacement of 2,650 cc from Continental .

For a while, the vehicles sold relatively well, because it produced four copies per day. But still in 1954 still ended the production.