Automotive manufacturer of Etterbeek; Belgium From 1925 to 1927. 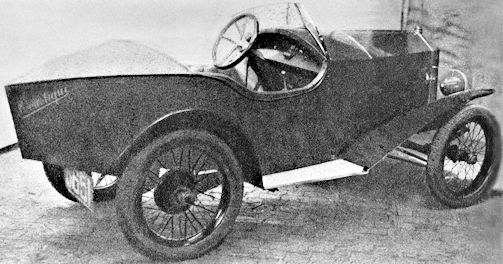 Autos Moustique was a Belgian manufacturer of automobiles in the 1920s . The brand name was Moustique .

The company from the Rue Saint-Pierre in Etterbeek began in 1925 under the direction of M. Luffin with the production of automobiles. The first model 2 ¾ CV had a two - cylinder boxer engine , chain drive and an electric starter. The company reported 75 km / h top speed and a fuel consumption of 3 liters per 100 km.

1927 followed the model 6 CV with open or closed body and four-cylinder engine and 80 km/h top speed. In late 1927 the production ended.