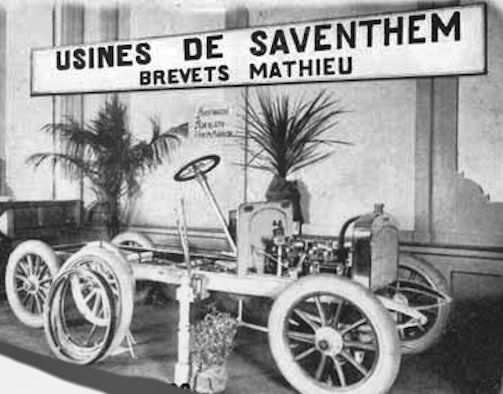 Mathieu was a early Belgian manufacturer of automobiles and motorcycles from  Zaventem.

Initially,in 1902 cars were produced with single-cylinder engines , which made either 6 or 8 hp bodywork as a 4-seater .

The cars were also sold in England under the names BECKETT and FARLOW. At the end of 1906 the merger with Belgica took place . That was the end of the brand name Mathieu.